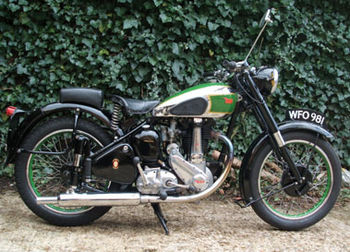 BSA announced their post war range, consisting of four models, in August 1945, headed by the sporting B31. The new model was derived utilized the M series crankcases endowing it with a "bombproof" bottom end fitted with an over head valve top end. Early models relied on telescopic forks and saddle springs to provide rider comfort and it was not until 1949 when the machine offered was built that the option of a plunger sprung frame became available.

The BSA B31 was a air-cooled, four-stroke, single cylinder, OHV Classic motorcycle produced by BSA in 1949.

It came with a 3.25 x 19 front tire and a 3.5 x 19 rear tire. Stopping was achieved via drum in the front and a drum in the rear. The front suspension was a telescopic fork while the rear was equipped with a plunger shocks. The B31 was fitted with a 1.32 Gallon (5.00 Liters) fuel tank. 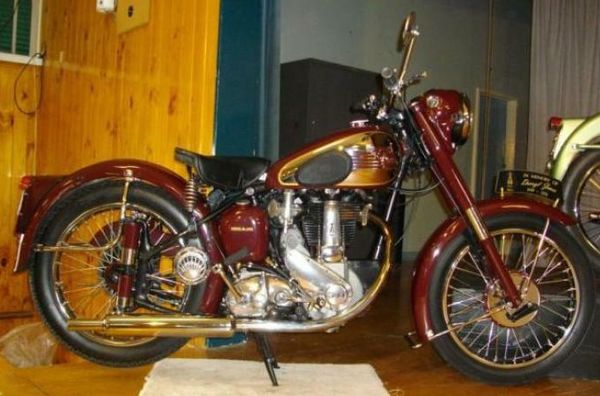 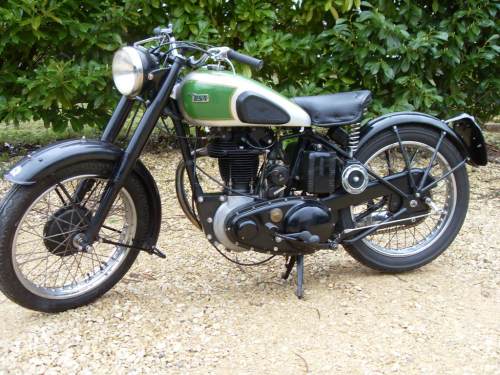 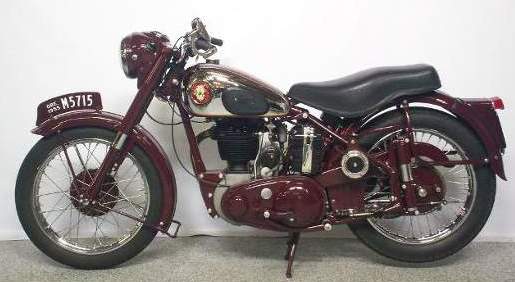 The 1949 BSA B31 has at its heart an air-cooled, four-stroke, 348cc, single cylinder powerhouse mated to a four-speed manual transmission that can produce a claimed 22 horsepower at 6000 rpm. It also comes with features such as a telescopic front fork, dual plunger shocks as a rear suspension, a dual seat, a center stand, laced wheels, a large headlight and wide handlebars plus a drum braking system.