The new Gold Star was based around BSA's OHV B-range of singles. The first version was the bench-tested, all-alloy 348cc engined B32, which used the marque's plunger frame and which boasted a wide range of options - you could specify cams, compression ratio, carb, cylinder head, exhaust, gearbox ratios, lighting, tires, electrical systems - you name it. The components were carefully selected from stock, and the bikes skilfully assembled by hand. The alloy head and barrel meant that the Gold Star was some 20lb lighter than its all-iron stablemates. As a Clubman's racer, the Gold Star proved to be fabulously successful, and it dominated the 350 class from 1949 to 1956.

It came with a 3.25 x 19 front tire and a 3.5 x 19 rear tire. Stopping was achieved via drum in the front and a drum in the rear. The front suspension was a telescopic fork while the rear was equipped with a dual shocks, sprung seat. The B32 was fitted with a 1.32 Gallon (5.00 Liters) fuel tank. 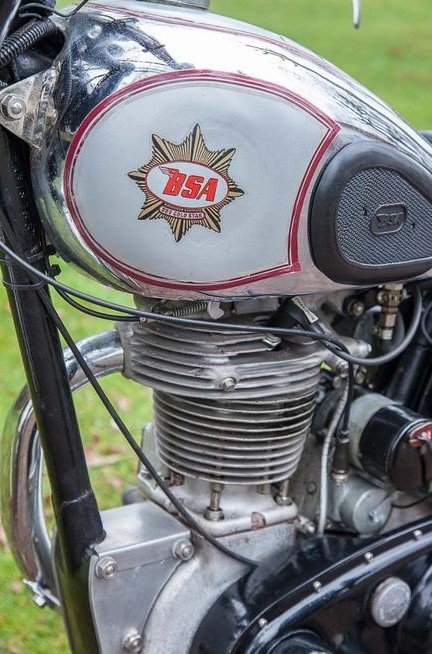 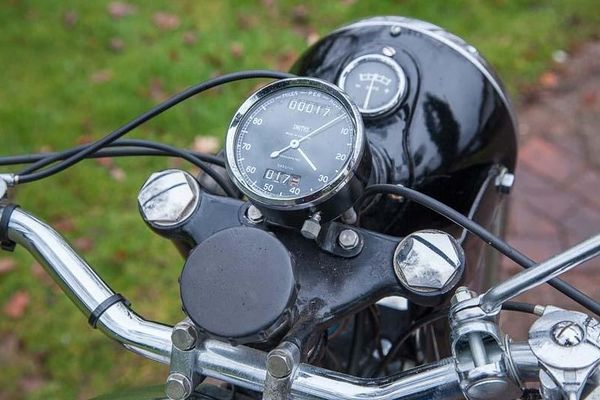 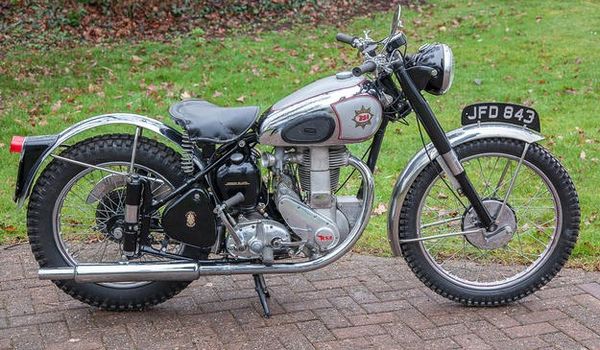 The 1950 MY BSA B32 sports an air-cooled, four-stroke, 348cc, single cylinder powerhouse paired to a four-speed manual transmission and can produce a claimed 22 horsepower at 6000 rpm. It also comes with features such as a telescopic front fork, dual shocks as a rear suspension, drum brakes in the front as well as in the rear, an analogue instrument panel, a chromed single exhaust system, a single sprung seat, a large headlight and a black steel frame.