Power was moderated via the Multi-plate, wet, cable operated. 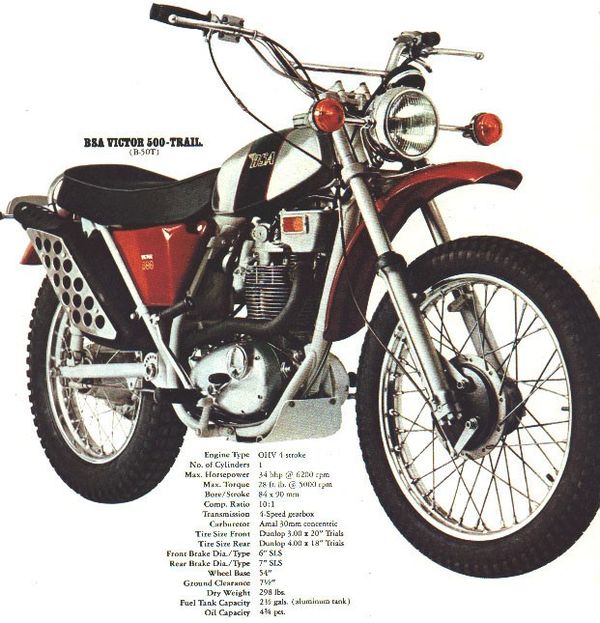 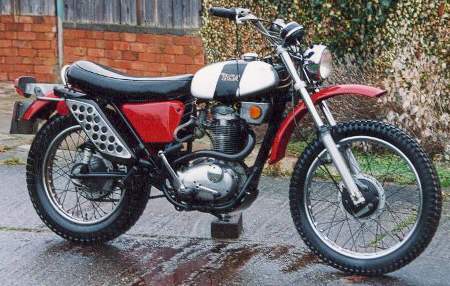 The 1971 BSA B50 T has, at its heart, an air-cooled, four-stroke, 499cc, single cylinder powerplant mated to a four-speed manual transmission and can produce 34 horsepower and 38 Nm of torque. This two-wheeler also comes with feature such as laced wheels, a telescopic front fork, dual shocks in the rear, drum brakes on both the front and the rear wheels, a dual seat, passenger grab rails, a small, round headlight, a small fuel tank and mid-mounted foot pegs.

Of the 5,700 or so that were built, survival rates are low. Which is partly why today the B50 is as rare as a priest with a clean conscience. Its not the easiest bike to live with. And it needs a good dose of retro-engineering to get the very best from it. But you can be sure that ownership of one will, at least, never be dull. But was it ever worth the hallowed Gold Star name that was bestowed upon it? Its a debate that still rages. Overall, these are great little BSA singles. You wouldnt want to ride two-up on oneunless most of your journeys were shorter rather than longer. But as a solo mount, its a stylish thumper with a hidden chunk of lead in its glove. Remember to duck.

1. The unit single crankcases were originally designed for a 250cc engine. Accordingly, the B50 pressures beneath the piston are considerable and put a huge load on gaskets and seals. A timed breather is vital to keep the crankcase at negative, or at least neutral, pressure. Well-fitting mating surfaces are essential if you want to keep the oil in rather than out. 2. Poor handling is often attributed to the swinging arm bearings. These pivot on needle rollers and need plenty of grease to avoid seizure. Raise the bike and check for play. Replacement is straightforward. 3. The extra torque of the B50 means that clutches are prone to slippage and so need need to be kept in tip-top shape. Solutions include an extra friction plate, an extra steel plate, stronger clutch springs, and an alloy pressure plate. 4. The bore can be opened up to 90mm giving 572cc for extra stomp. Youll also need to gas flow and fit a larger (32mm) carb. 5. Ignition coils were always weak leading to poor starting, irregular tickover, and misfires. Fit the best quality replacements you can afford along with a new condenser and quality plug lead. 6. Whilst good enough for general use, high performance B50s will require an upgraded crankpin such as Alpha. A Carillo conrod is also highly recommended. 7. Rocker boxes are prone to leakage which can be sorted by careful linishing. 8. Poor crankcase scavenging seems to affect some bikes more than others, and is said to be due sometimes to mismatched sump covers blocking oil pick-up holes. B50MX Introduced in 1971, the B50MX (Motocross) was the last competition motorcycle announced by BSA, just as the companys efforts came to a close. Developed through the great success of the BSA works machines in motocross, and using bikes based on the B44 Victor, the B50MX offered a strong and powerful 500cc engine. A new chassis design which saw the introduction of an oilbearing frame and its extreme slimline aesthetic that was enhanced by a beautiful tucked-in exhaust system ensured this machines place in history as it was one of the rarest and most successful BSA MX designs of the period.