The bike has a 4-speed, manual transmission. Power was moderated via the four friction plates.

It came with a 3.00 x 20 front tire and a 4.00 x 18 rear tire. Stopping was achieved via drum in the front and a drum in the rear. The front suspension was a telescopic fork while the rear was equipped with a dual shocks. The wheelbase was 51.69 inches (1313 mm) long. 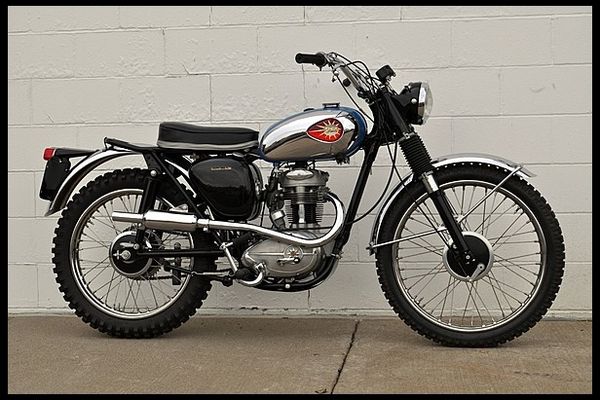 The 1967 MY BSA C15 S has, at its heart, an air-cooled, four-stroke, 249cc, single cylinder powerplant mated to a four-speed manual transmission and can produce a claimed 15 horsepower at 5000 rpm. It also comes with laced wheels with knobby tires mounted on them, a single seat, a telescopic front fork coupled to plunger shocks in the rear, drum brakes, a small headlight and mid-mounted foot controls.