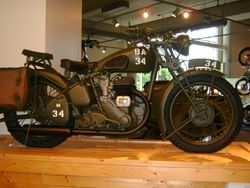 BSA's 400cc model M20 was introduced in 1938. With World War II imminent, the British government quickly ordered 8,000 M20's for military use. Heavy and cumbersome with low ground clearance, it wasn't the ideal battlefield machine, but above all it was supremely reliable and easy to build. Over 126,000 were built for the Allied forces and remained as the primary military motorcycle for 20 years. Sometimes the handgrips were made out of canvas when rubber was in very short supply.

The bike has a 4-speed, manual transmission. Power was moderated via the dry, multi-plate.

It came with a 3.25 x 19 front tire and a 3.50 x 19 rear tire. Stopping was achieved via drum in the front and a drum in the rear. The front suspension was a parallelogram fork while the rear was equipped with a hard-tail, sprung seat. The wheelbase was 54.02 inches (1372 mm) long. 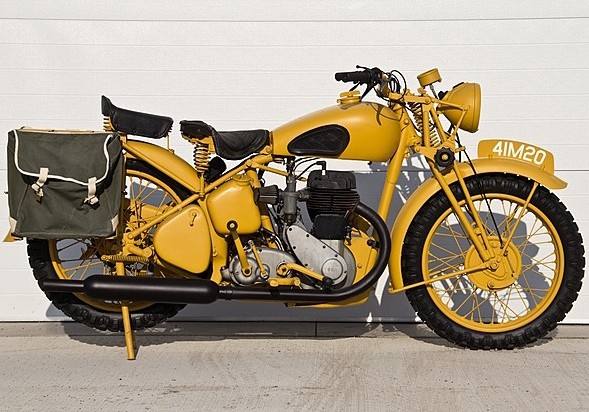 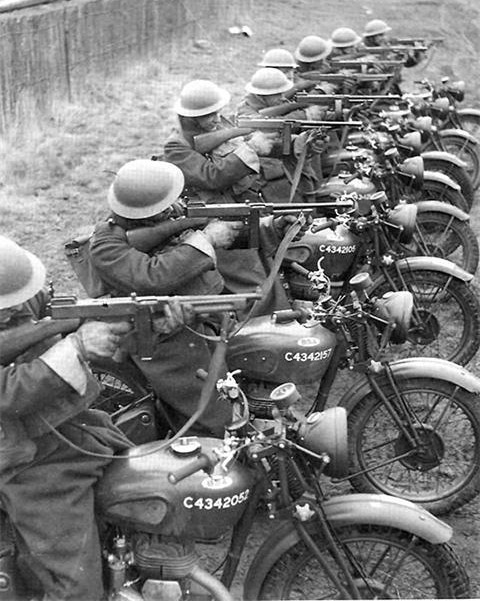 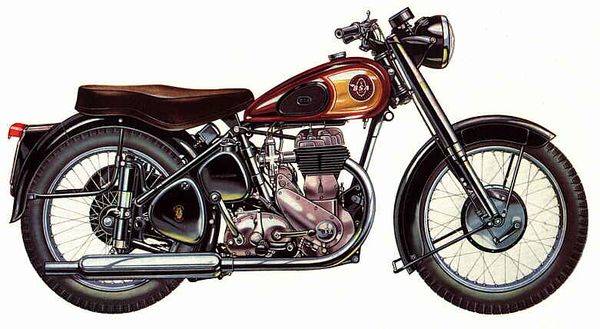 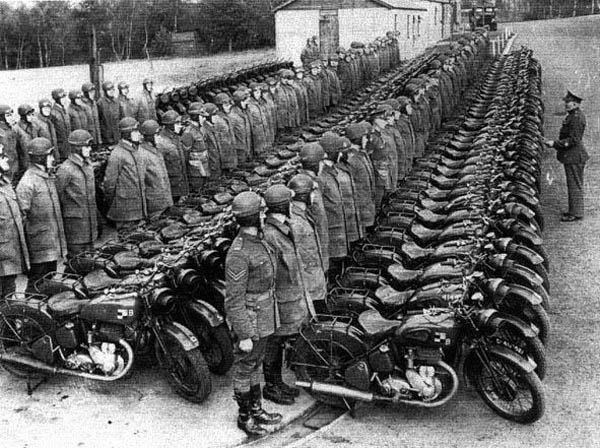 The BSA M20 was one of the most successful models produced by the British brand, being used also by the British Army throughout World War II. It had, at its heart, an air-cooled, four-stroke, 496cc, single cylinder powerplant mated to a four-speed manual transmission and can produce a claimed 13 horsepower at 4200 rpm. Standard fittings for this machine included a single, sprung seat, a hard-tail rear suspension, a parallelogram front fork, a large headlight, a steel exhaust system, pull-back handlebars, laced wheels and analogue instrumentation dials.