Power was moderated via the Dry, multi-plate.

Stopping was achieved via Drum in the front and a Drum in the rear. The front suspension was a Leading link while the rear was equipped with a Mono shock. The MC 1 Racer was fitted with a 26 L / 7 US gal fuel tank. The bike weighed just 113 kg / 248 lbs. 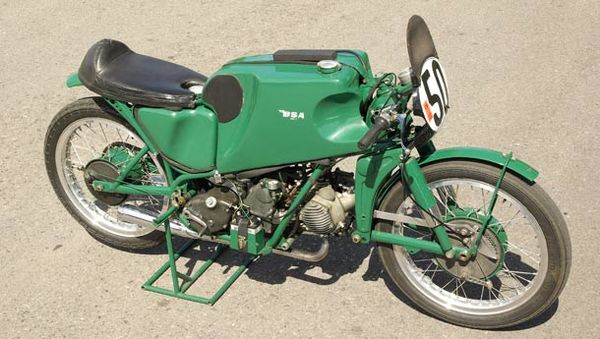 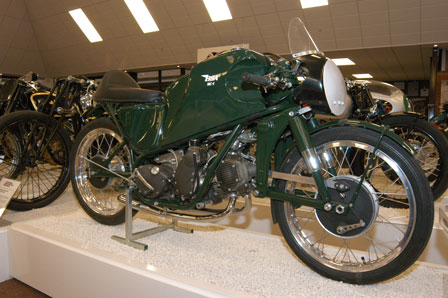 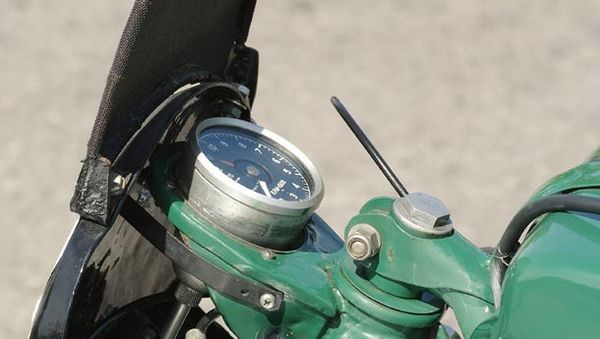 In the immediate post-World War II era, Bert Hopwood, then an engineer at Norton, created the legendary Dominator parallel twin. In May 1948, Hopwood became chief engineer at BSA. Eager to develop an innovative, new generation of products for BSA, in 1949 he roughed out the concept of a 250cc single  simply coded MC1  with a horizontal cylinder and four radial valves operated by short, chain-driven, overhead camshafts connected by bevel gears. At a time when long-stroke engines were the accepted norm, the MC1s square 68mm x 68mm dimensions were unusual. Hopwoods assistant at Norton, Doug Hele, followed him to BSA in 1949, and in 1950 was commissioned by Hopwood to put this concept into metal as the prototype for a family of road bikes, with a possible view to racing in the Lightweight TT in the Isle of Man where Moto Guzzi singles of comparable format were dominant.

Three engines were built and aprototype lapped the Motor Industry Research Association's banked test track at 104mph without streamlining. Reigning 500cc champion Geoff Duke took interest in the project and was given a test ride in the winter of 1954. He was greatly impressed by the MC1 and his association with it led to fevered speculation that BSA was about to enter the international racing arena. Knowing that BSA bosses would expect nothing less than total success, Hopwood veoted a road racing programme because he felt the machine was insufficiently developed to guarantee victory in the Isle of Man TT. He saw the MC1 as the basis for advances sports roadsters but sadly, the company's senior management did not share his vision.