The BSA version of the three cylinder model is distinguishable from the Triumph Trident in that the cylinders on the BSA are inclined forward. These multi cylinder machines were designed to be the flagships of the BSA/Triumph group but they were introduced too late, being outclassed by the Honda CB750K four cylinder. Any other year it would have been met with great applause, but the Honda stole most of its thunder. While the performance was good for the time, the styling was too radical, which resulted in disappointing sales. The Trident outsold the Rocket 3 five to one, so first year models of the Rocket 3 are comparatively rare.

The engine was a air cooled in-line three, four-stroke. A 67.0mm bore x 70.0mm stroke result in a displacement of just 740.0 cubic centimeters. Fuel was supplied via a overhead valves (ohv).

The bike has a 4-speed transmission. Power was moderated via the dry single plate. 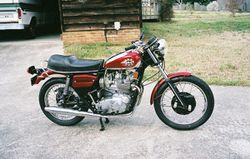 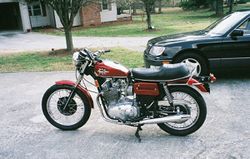 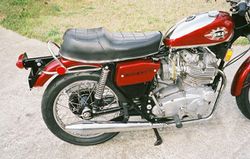 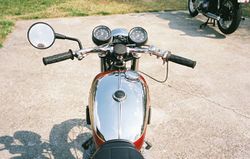