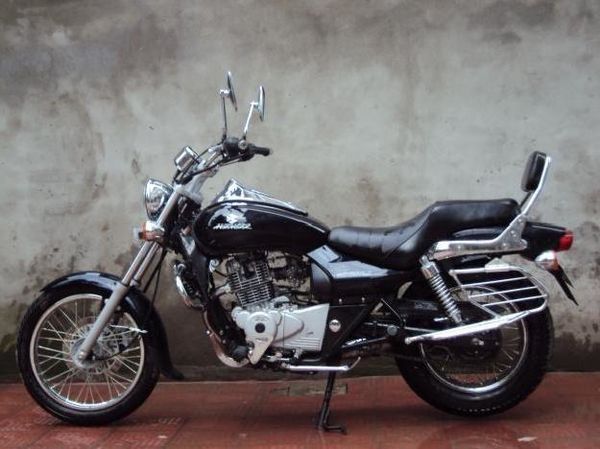 Avenger 180 DTS-i is the first cruiser motorcycle from the Bajaj Auto Ltd inspired from the very famous Kawasaki Eliminator. This motorcycle was launched in India from the year 2005. Basically in order to gain widespread market in India Bajaj engineers had replaced the Kawasaki engine with an under-powered Bajaj 180 DTS-i engine. Bajaj Avenger 180 was discontinued to make way for more powerful 220 cc Avenger in the Indian market. The 178.6 cc, air cooled engine on the Avenger 180 was good for 16.3 hp 12.1 Kw) and 15.2 Nm (11.2 fb-lt) of torque. It was equipped with a 5-speed gearbox and claimed a top speed of 109 km (68 mph). 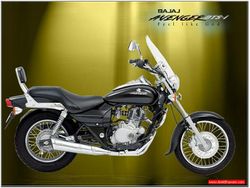 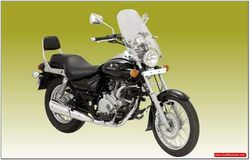 One of India’s oldest two wheeler manufacturers is Bajaj Auto limited. The company started operating as an importer in the initial years of its inception in 1945. By 1959 the company started producing two wheelers for the local market. Since the company has grown considerably and now produces a wide range of 2 wheelers and 3 wheelers. The company has kept pace with technological developments that have taken place in the world and the change in the style sense of the masses. This progressive spirit of the company can be seen in the Bajaj Avenger which happens to be India’s very first cruiser.

The Bajaj Avenger was developed along the lines of the Yamaha Enticer and Kawasaki Eliminator 125. These are world class motorbikes that the Bajaj Avenger bears likeliness to. The success of the Bajaj Avenger can be credited to its high quality engineering and its ability to deliver. The looks of this cruiser have also attracted a lot of two wheel lovers because this bike is something that will make you stand out in the crowd. Moreover you can zip through the heavy traffic on your Bajaj Avenger and get to where you want to be much faster than usual.

Since there has been a considerable amount of improvement in the fields of mass communication the company has gone all out to market the Bajaj Avenger through all possible means. There was a time when no commercial break on the TV would go without an advert of the bike. Similarly posters and banners could be seen on the streets and full page press and magazine ads were also utilized for the purpose. With the result that the Bajaj Avenger became a hugely popular bike in India.

The bike has been aided with an advanced technological specification known as the DTS-I technology. Since Bajaj Auto is a local company it is well aware of the typography of India. Hence they have developed the Avenger with special features that suit its environment. Rest assured you will have no trouble taking on the Indian roads whether they are the well developed highways or the underdeveloped muddy ways. To add to the quality performance you have the slow slung body of the Bajaj Avenger that gives it a sleek look. The chrome texture makes the bike shine in the day light making it a hard to miss 2 wheeler. Although this is a locally manufactured bike the drive is second to none.