The bike has a 5 Speed transmission. Power was moderated via the Wet, Multiplate Disc. 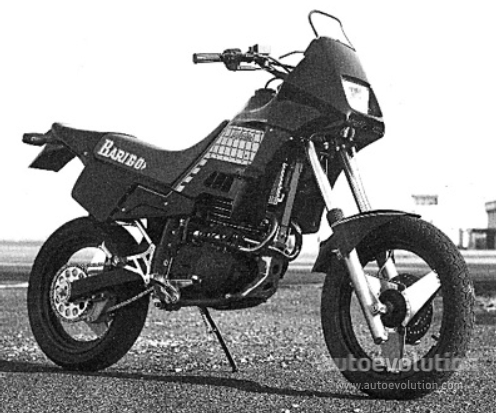 The beginning of '87 will represent the birth of a new Barigo model, Magie Noire. It will soon change its name though and will be called Tanagra, because Magie Noire was already the name of a perfume.