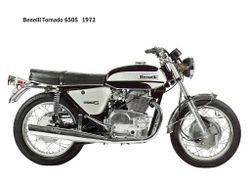 Benelli was formed Pesaro, Italy in 1911. The widow Teresa Benelli, bought a machine shop, to give her sons employment and keep the family together, the six Benelli brothers from Pesaro, built their first in-house motor in 1920 and Benelli produced its first motorcycle in 1921. The little brother Antonio "Tonino the Terrible" Benelli , put the Benelli brand on people's radar with his four Italian championships in five years on a 175cc SOHC four-stroke prepared by big brother Giovanni in 1927, 1928, 1930 and in 1931 on a DOHC version of the 175cc bike. Tonino was killed in a car crash in 1932 but Benelli's racing prowess continued with Dario Ambrosini's victory in the 250cc world GP championship in 1950, that year Ambrosini also won the greatest motorcycling prize, an Isle of Man TT win. Ambrosini died a year later causing major setbacks for the Italian firm. In the 1960s they returned with a four-cylinder 250cc machine. Italian riders Tarquinio Provini and Renzo Pasolini won four Italian championships on it throughout the 1960's, with Pasolini also winning a championship on the 350. Australian Kel Carruthers who did the best of all, winning the 250cc GP world championship in 1969 and the Isle of Man TT. Kel's win was the last race win for a four stroke in GP until the advent of four stroke MotoGP in 2003. Some of the worlds best road racers rode factory Benelli bikes, Joey Dunlop, Mike ' the bike' Hailwood, Phil Read, Jarno Saaranin and the last man to win on a Benelli was Antonio Rossi in 1990. The amazing Peter Goddard rode a factory Benelli 900 Tornado in the 2001 WSBK ( world superbike) series. In Australia, Benelli is competing in the 2007 Australian naked bike championship, with the help of a former GP pilot, they got first and second row on the starting grid on their maiden outing, so far have finished with a 3rd place best. 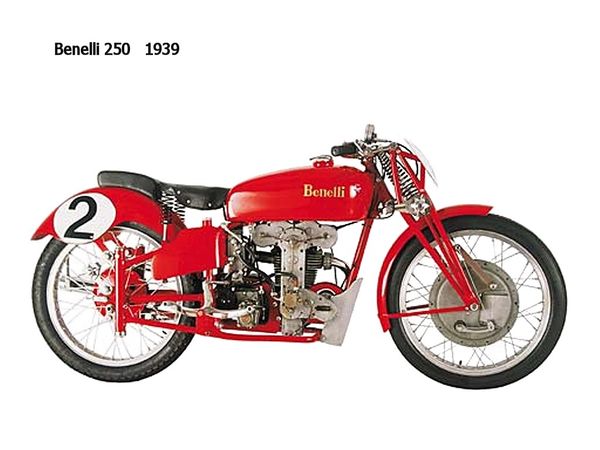 Recently, 2003, the Italian Benelli company was bought by the QJ group of China, the QJ group has infused a huge amount of money, yet have stayed 'hands off' and production is 100% Italian, with all parts sourced in-house or from Italian manufacturers. Benelli are the last truly, hand made, Italian moto manufacturer. The Benelli brand today, are building scooters, dirt bikes, enduro bikes, supermotos, the naked TNT line with 1130cc and 899cc motors, along with the new Tre-k and Tre-k Amazonas and the evolution of thier Superbike, the stunning Tornado Tre 1130, 160 hp and 92 ftlb a true superbike. 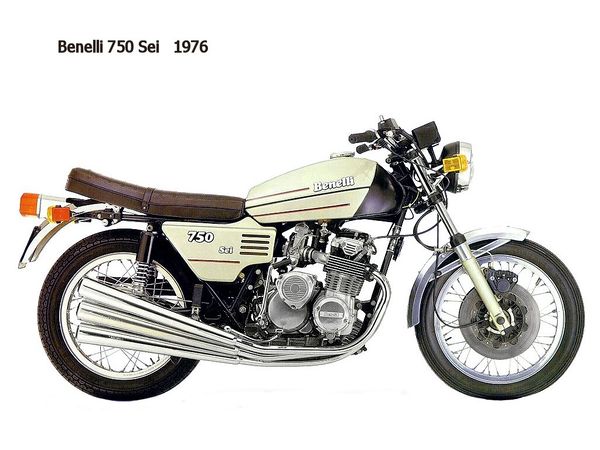 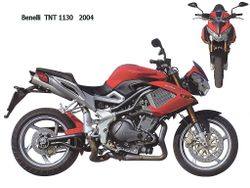 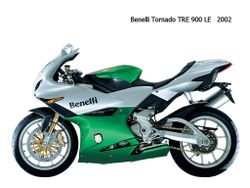 Featuring smart styling, Italian racing red colors and the unique draw of its six cylinder engine (highlighted by its glistening chromed exhaust pipes). The Benelli 750 Sei looked set to be an unprecedented success upon it's launch in 1975. However, due it's softly tuned motor which was no faster than Honda's CB750K introduced in 1969, led to it being overshadowed by more powerful superbikes from its rival Italian firms. The Sei wasn't a bad bike, infact it was a very good one but conservative engineering wasn't what people were expecting from a bike of Italian manufacture. The engine which was eerily similar to one and half Honda CB500s was remarkably slender for an inline six, partly due to the three dual-manifold Dell' Orto carburettors, and it made plenty of midrange power. But the peak output of 71bhp gave a meager top speed of 120mph (192kph), and even the Sei's excellent handling, road manners, and braking could not make up for that in the eyes of riders looking for an expensive Italian superbike. 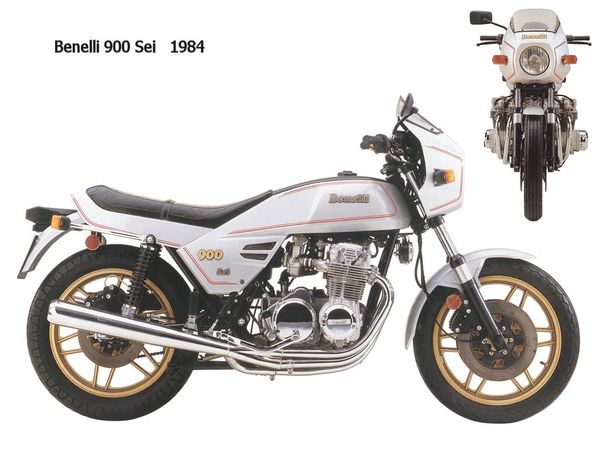