The engine was a air cooled in-line four, four-stroke. A 60.0mm bore x 53.4mm stroke result in a displacement of just 604.0 cubic centimeters. Fuel was supplied via a overhead cams (ohc).

It came with a 3.25-18 front tire and a 3.50-18 rear tire. Stopping was achieved via dual disc in the front and a single disc in the rear. The front suspension was a telescopic fork while the rear was equipped with a dual shocks. The 654 Sport was fitted with a 5.81 Gallon (22.00 Liters) fuel tank. 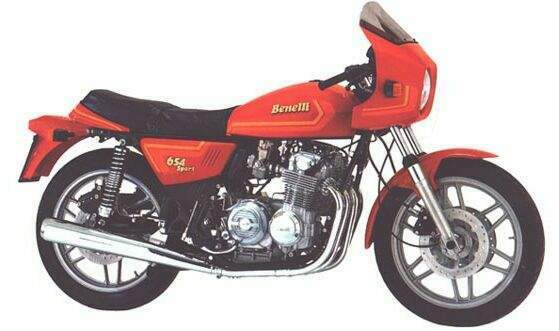 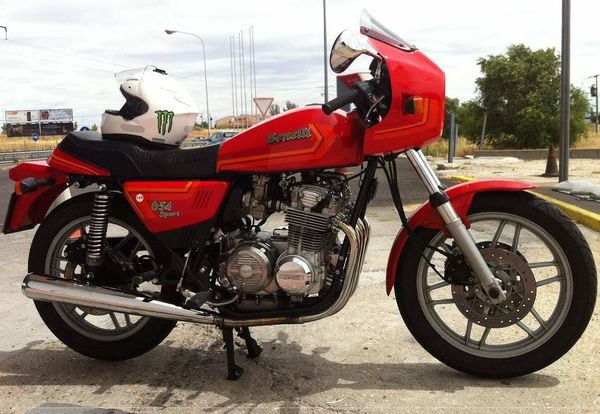 The 1982 MY Benelli 654 Sport has, at its heart, an air-cooled, four-stroke, 604cc, transverse four cylinder powerplant mated to a five-speed manual transmission, and it can produce a claimed 60 horsepower and 50 Nm of torque.

In addition, it boasts standard features such as a fork-mounted fairing with a small windscreen, a dual seat, a braking system with dual front discs and a rear single unit, a telescopic front fork coupled to dual shocks in the rear, aluminum-alloy wheels, plus a chromed, dual exhaust system.