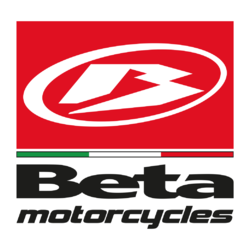 Beta Motorcycles is an Italian manufacturer founded in Florence, Italy, in 1904. At first, they were called Societa Giuseppe Bianchi and were building bicycles. Later on the name was changed into Beta Motors and at the end of the 1940s, because of the development of motorized transport, the company began to manufacture motorcycles.

The company builds its own engines and most of the parts used on their bikes. Their specialty are off-road motorcycles, Beta trial bikes being very popular in off-road competitions. The company was run by Enzo Bianchi and Arrigo Tosi, who put their initials together and formed Beta brand name.

The first model born under this signature was the Cervo 48. In 1948, the company launched another model, the Cigno, powered by a single-cylinder 48cc motor and having double cradle frame, telescopic forks and shock absorbers. Two years later, the company launched the Ital-Jap 125, fitted with pressed-steel girder forks and telescopic rear shocks. In the same year, the MT175 was released. Derived from competition bikes, this machine had a two-stroke single-cylinder engine and could reach a top speed of 81 mph.

During the same period, numerous other models, such as  Astro 98, Mercurio 150, Folgore 175 and Orione 200, powered by single-cylinder four-stroke engines. In the ’70s, the company started to produce off-road vehicles and won numerous competitions. During 1997-1999, there were the championships won by Jordi Tarres and Dougie Lampkin. On the same list there are the six Indoor World Championships, including the one won by Albert Cabestany in 2002. In 2004, the company made its return to enduro bikes and continued to participate in trials, in 2006 being launched its first four-stroke engine for this sport. The company has only almost one hundred employs and has an annual production of around seventeen thousand vehicles and fifteen thousand engines. Having a lot of success, out of every 100 bikes manufactured, over 70 are distributed abroad in France, Germany and Benelux.