The Beta 300RR 2-stroke was a single cylinder, 2-stroke, liquid cooled Enduro motorcycle produced by Beta between 2013 and 2015.

It came with a Michelin Enduro Competition 21 front tire and a Michelin Enduro Competition 18 rear tire. Stopping was achieved via 260mm floating rotor in the front and a 240mm rotor in the rear. The front suspension was a 48 mm Sachs USD fork, adjustable compression and rebound, TFX technology while the rear was equipped with a aluminum body Sachs shock with adjustable rebound and hi/low speed compression. The 300RR 2-stroke was fitted with a 0.53 Gallon (2.00 Liters) fuel tank. The wheelbase was 58.31 inches (1481 mm) long. 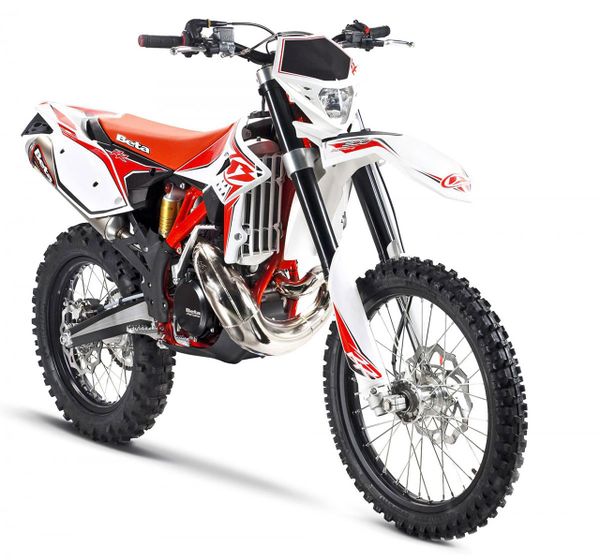 The 2013 MY Beta 300RR 2-Stroke is a new member that joins the ranks of off-road machines. It is equipped with a new two-stroke, liquid-cooled, 293cc single cylinder engine. 48mm Sachs front fork and a rear shock absorber have improved settings and a lower unsprung weight, thanks to new wheels. This, in turn, leads to a significant change in acceleration, maneuverability, and braking.

The new 300RR also has a new fuel tank, designed to lower its center of gravity and improve the air flow from the radiators thus keeping engine temperatures at optimum levels. 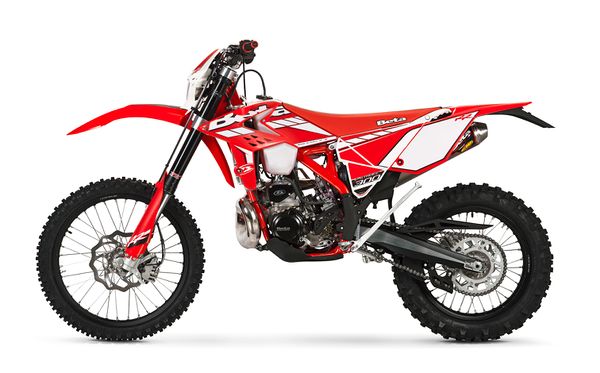 Carrying the torch for Dirt Rider magazine's "Bike of the Year" is the new 2015 MY Beta 300RR 2-Stroke. This two-wheeler sports the same two-stroke, liquid-cooled, 293cc engine found on the 2014 Race Edition, paired to a sturdy six-speed manual transmission. The fuel tank is larger than on the previous models, with a capacity of 2.5 gallons and is also see-thru.

Excellent for dirt riders of all experiences and proficiencies, the Tuscany house made sure the new 300RR will catch up with, and surpass, its predecessors in terms of performance, handling and prestige.