The Beta 400RR was a single cylinder, titanium 4-valve, 4-stroke, liquid cooled Enduro motorcycle produced by Beta between 2012 and 2014.

It came with a Michelin Enduro Competition 21 front tire and a Michelin Enduro Competition 18 rear tire. Stopping was achieved via 260mm floating rotor in the front and a 240mm rotor in the rear. The front suspension was a 48 mm Sachs USD fork, adjustable compression and rebound, TFX technology while the rear was equipped with a Sachs shock w/adjustable rebound and hi/low speed compression. The wheelbase was 58.7 inches (1491 mm) long. 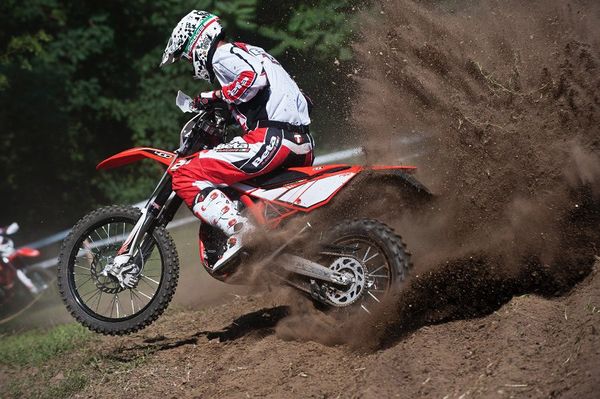 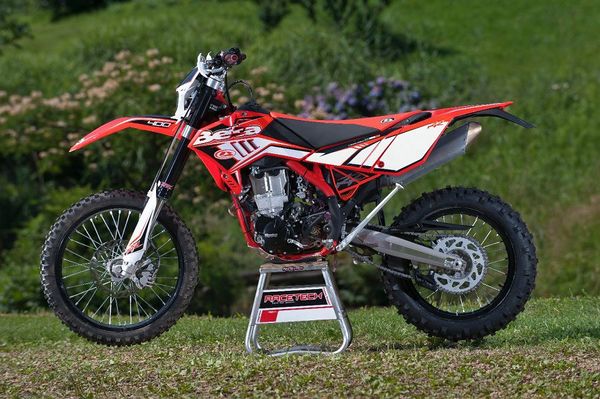 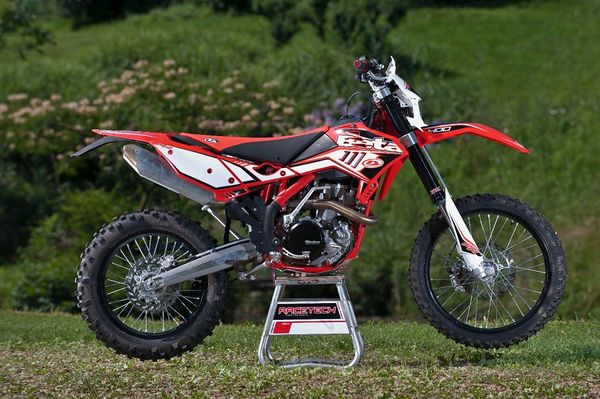 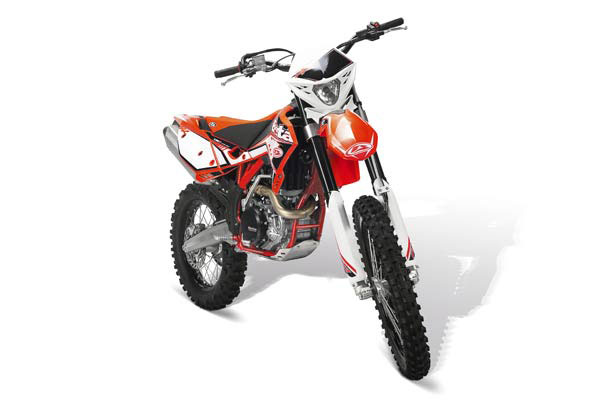 The 2012 MY Beta 400RR is motivated by a four-stroke, liquid-cooled, 398cc engine paired to a 6-speed manual transmission, designed to deliver a full-on, thrilling experience around any off-road course. With a new primary gear and new springs fitted for better clutch action and gear engagement, the 400RR can better channel all the grunt from the engine to the track.

The frame has extra gussets and an increased tube diameter on the lower tubes, for more structural rigidity. These improvements make the frame flex less and improve the overall stability of the enduro bike under hard riding conditions. 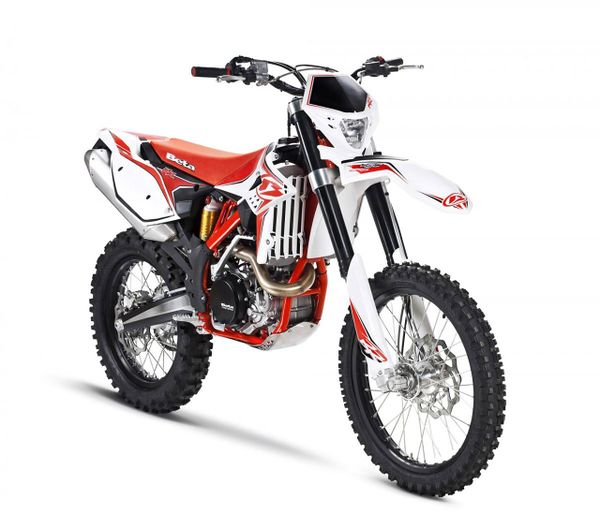 The 2013 MY Beta 400RR sports a four-stroke, liquid-cooled, 398cc single cylinder engine, paired to a dependable six-speed manual transmission. The decompression system has been revised, thus ensuring an easy start of the engine in any conditions, either by the push of the button or the manual kick starter.

The frame has been reinforced at the points of greatest stress and lightened wherever possible, increasing its rigidity and decreasing the overall weight of the bike.

All in all, the 400RR is a good choice for an off-road adventure, with plenty of grunt for difficult uphill climbs, but nimble and responsive enough to take any turn at any speed.

The 2014 MY Beta 400RR sports a proven, Italian-built, four-stroke, liquid-cooled, 398cc, single cylinder engine paired to a six-speed manual transmission. Tweaked for improved performance, the engine delivers a healthy amount of torque at low revs and still retains juice for the higher ones.

The Tuscany House also improved the brakes, installing wave-type discs, which not only improve the bike's performance, but add a plus to the aesthetics, also. This big-bore off-road machine is perfect for constant training, while being a great choice for adventures in the wilderness.