The Beta Evo 250 was a single cylinder, 2-stroke, liquid-cooled Trial motorcycle produced by Beta between 2013 and 2015.

It came with a Michelin Trial 21 front tire and a Michelin Trial 18 rear tire. Stopping was achieved via 185mm rotor with 4-piston caliper in the front and a 160mm rotor with twin-piston caliper in the rear. The front suspension was a 38mm Paioli while the rear was equipped with a adjustable single shock, aluminum bodied, with nitrogen valve including linkage. The wheelbase was 51.42 inches (1306 mm) long. 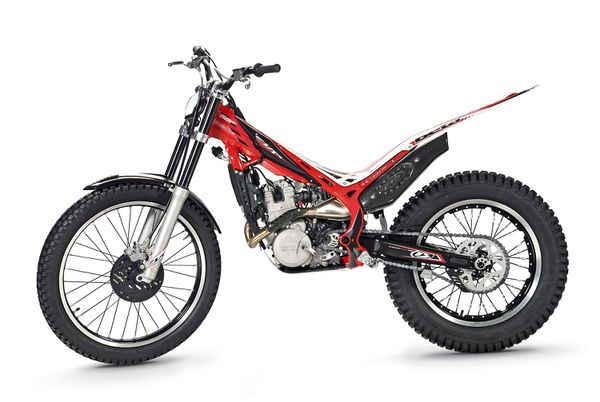 The 2013 MY Beta Evo 250 comes with a two-stroke, liquid-cooled, 249cc single cylinder engine equipped with a new shift drum to ensure more precise shifting between the six speeds of the transmission. Also, a new timing curve has been provided and it offers better power deployment in the low revs.

The newly designed rear fender and side covers bring a new, more aggressive, look to the Evo. A stand made of forged aluminum, stronger, yet lighter, increases performance and bike stability and adds a plus to the "mean" look of the two-wheeler. 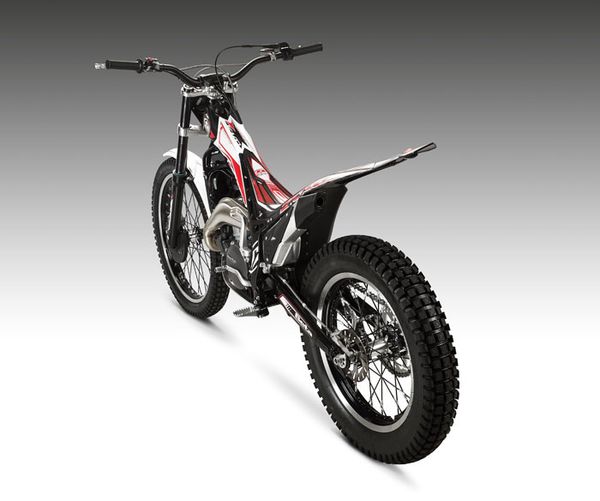 The 2014 MY Beta Evo 250 sports a two-stroke, liquid-cooled, 249cc, single cylinder engine mated to a sturdy six-speed, manual transmission, that ensures a smooth and even power delivery at all rpms.

The exhaust header has been shortened, thus improving the power delivery at lower revs. The muffler has been mounted with a new system developed by the Beta Race team that increases durability. 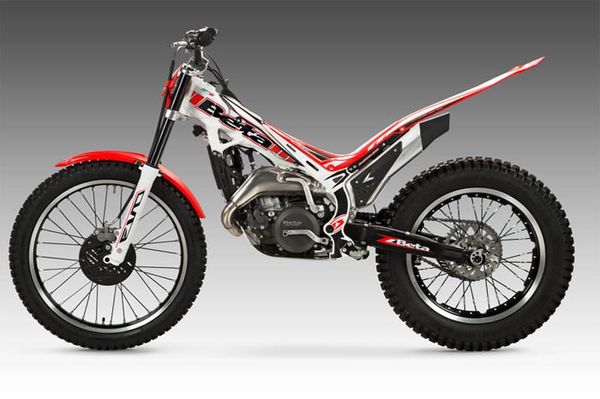 The 2015 MY Beta Evo 250 sports a two-stroke, liquid-cooled, 249cc, single cylinder engine that delivers power through a six-speed manual transmission. Like the other models from the Evo series, the 250 features the new head cover with a coolant bleed plug.

Also new to the 2015 MY is an exhaust pipe that increases low rev power delivery without affecting the machine's grunt at the peak of its rev range.