The Beta RR50 Motard Track was a Single-cylinder, 2-stroke, liquid cooled Minibike / 50cc motorcycle produced by Beta between 2003 and 2013.

The engine was a liquid cooled Single-cylinder, 2-stroke, liquid cooled. A 40.6mm bore x 40.6mm stroke result in a displacement of just 49.7 cubic centimeters. Fuel was supplied via a overhead cams (ohc). 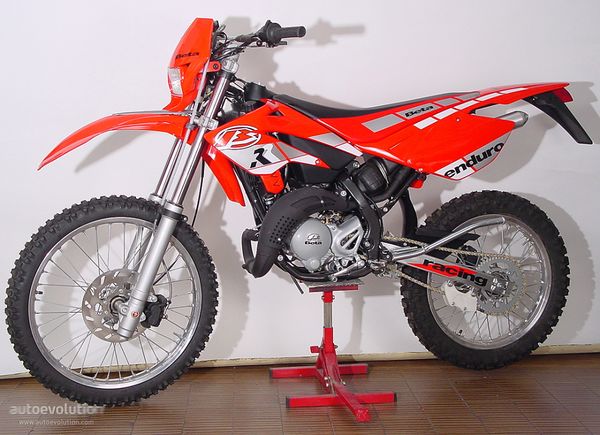 A Beta trial bike, the RR Enduro 50 has the typical RR 4-stroke layout, being equipped with a new exhausting system, a new braking system and a new digital dashboard. It has a small 50cc engine which promises to be more than able to face any challenge. 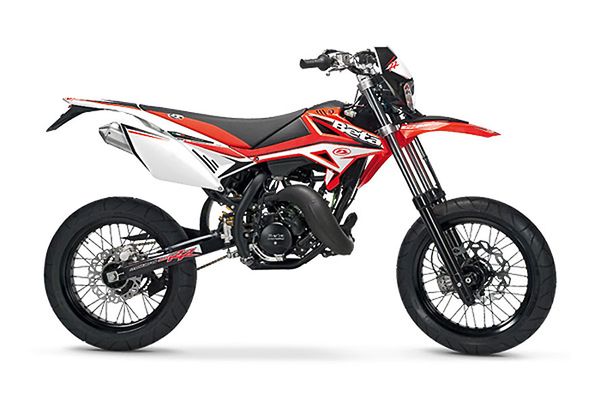 The 2013 MY Beta RR50 Motard is more than your typical "fifty". Except for the 49cc, two-stroke, liquid-cooled engine, everything else in the RR50 has an attention to detail and design worthy of a full-size bike. Maneuverable, stable, and good-looking, this motard is a must have if one enjoys this type of bikes. 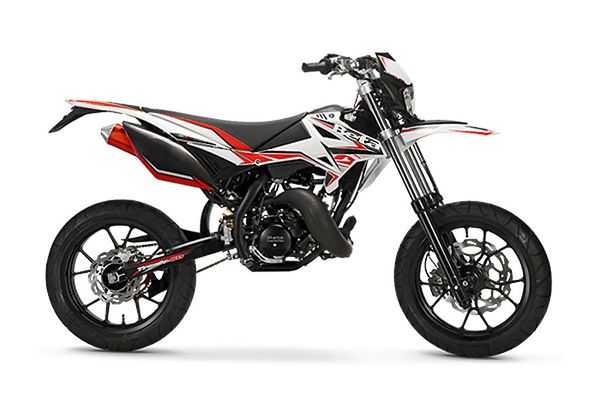 For those of you who like taking your motard to the track, but don't want to spend extra money to get it track ready, then the 2013 MY Beta RR50 Motard is the right choice for you.

The Florentine engineers have designed it especially for track Sundays, with all the features a small-displacement supermoto would need. Features such as a 40mm aluminum front fork, anodized aluminum ring gear with 50 teeth, new, beefy, wave disc brakes (300 mm front, 220 mm rear) and a new, highly resistant, steel chassis.

Also, the Tuscany House improved the visuals, with a black motor crankcase, a new design of the fuel tank, plastic superstructures, and the seat, plus some aggressive tricolor graphics with 3D texture stickers.