It came with a 120/70-21 front tire and a 250/40-18 rear tire. Stopping was achieved via single disc in the front and a single disc in the rear. The front suspension was a telescopic fork while the rear was equipped with a dual shocks. The wheelbase was 74.8 inches (1900 mm) long. 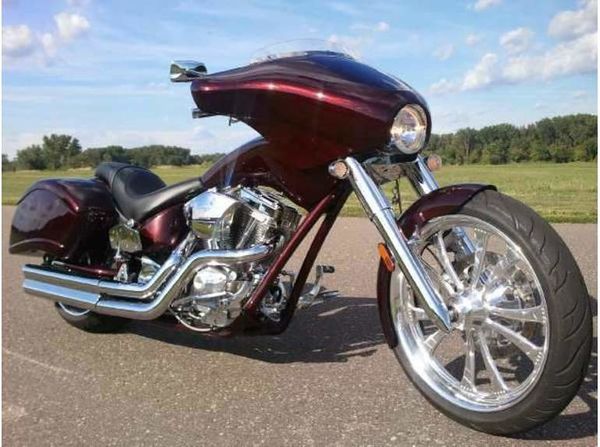 The 2010 MY Big Dog Bulldog Bagger sports an air-cooled, four-stroke, 1819cc, V-Twin powerplant mated to a six-speed manual transmission, and can produce a claimed 96 horsepower and 130 Nm of torque.

This machine suits those chopper fans that want to go the extra mile, and comes with lockable, hard saddlebags and a fork-mounted fairing. Also, it boasts a dual seat, a raked-out, telescopic front fork, a chromed two-into-two exhaust system, adjustable shocks as a rear suspension and lightweight, cast-aluminum wheels.