The Big Dog Wolf was a v2, four-stroke Cruiser motorcycle produced by Big Dog between 2009 and 2011.

The engine was a air cooled v2, four-stroke. A 108.0mm bore x 108.0mm stroke result in a displacement of just 1976.0 cubic centimeters. Fuel was supplied via a overhead valves (ohv). 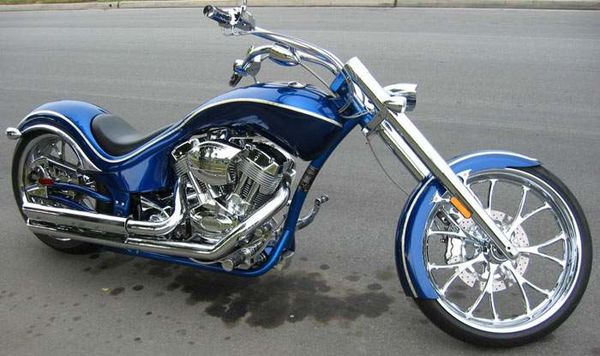 The 2009 MY Big Dog Wolf is a modern chopper that boasts continuous, flowing lines from the front to the rear, and is sure to fit the taste for riders who want more eccentric designs on their machine. It comes with a chromed, two-into-two exhaust system, a single seat, a hard-tail suspension in the rear with hidden shock absorbers, a telescopic fork, chromed, cast-aluminum wheels, pull-back handlebars and an analogue instrumentation panel.