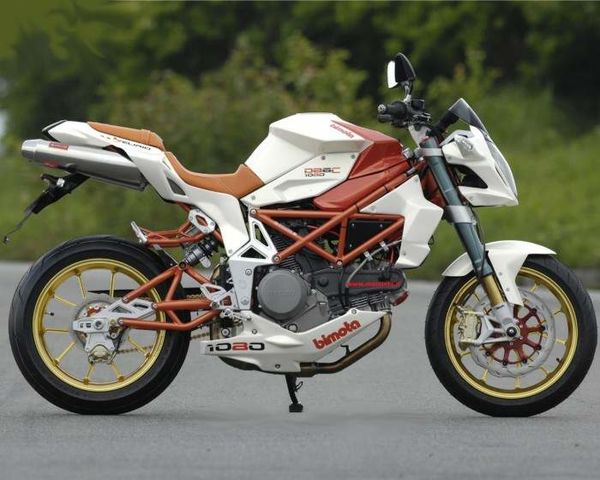 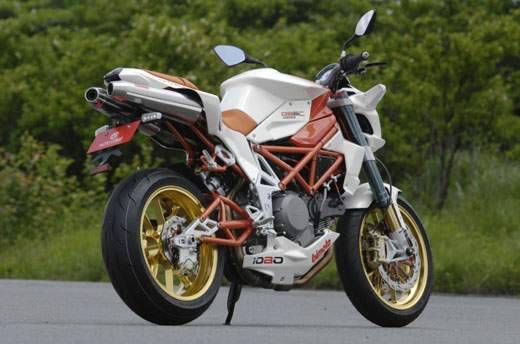 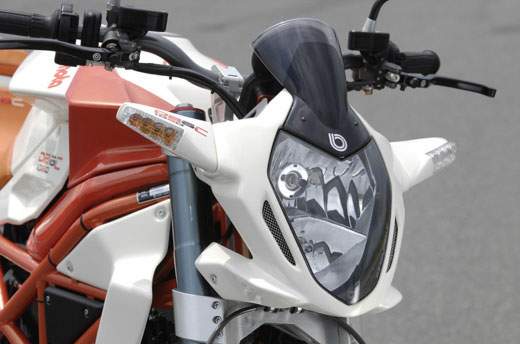 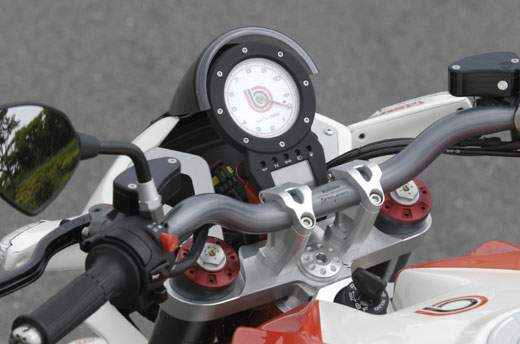 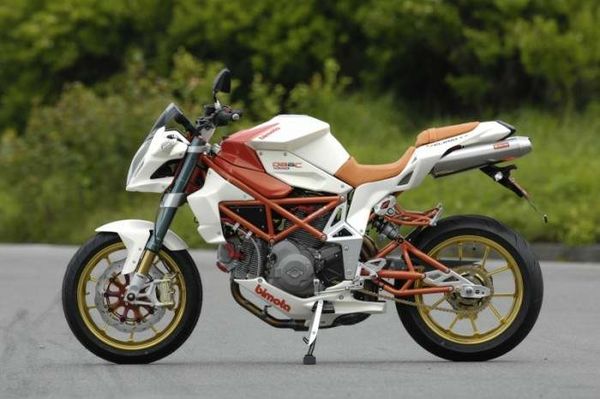 The 2008 MY Bimota DB6C 1080 Limited Edition has, at its heart, an air/oil-cooled, four-stroke, fuel-injected, 1078cc, 90-degree desmodromic V-Twin engine mated to a six-speed manual transmission that can produce a claimed 95 horsepower and 103 Nm of torque.

This limited edition, unlike the base model, boasts a special paint and graphic scheme, as well as gold-anodized wheels and has a special orange leather that upholsters its dual seat. In all other departments, it is identical with the base model.