It came with a 120/70 ZR17 front tire and a 190/55 ZR17 rear tire. Stopping was achieved via dual 320mm discs, 4-piston calipers, Brembo in the front and a single 220mm disc, 2-piston Brembo caliper in the rear. The front suspension was a 43mm upside-down fork while the rear was equipped with a adjustable mono-shock. The wheelbase was 56.5 inches (1435 mm) long. 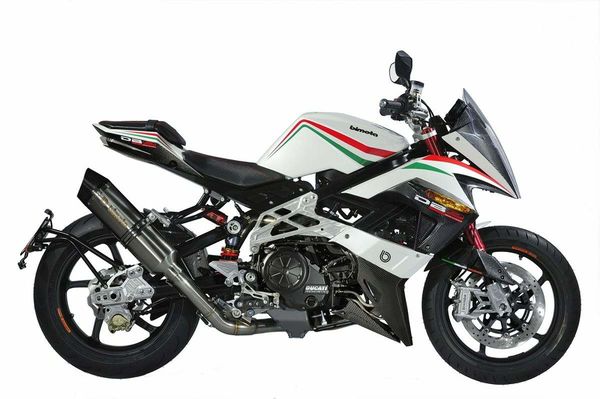 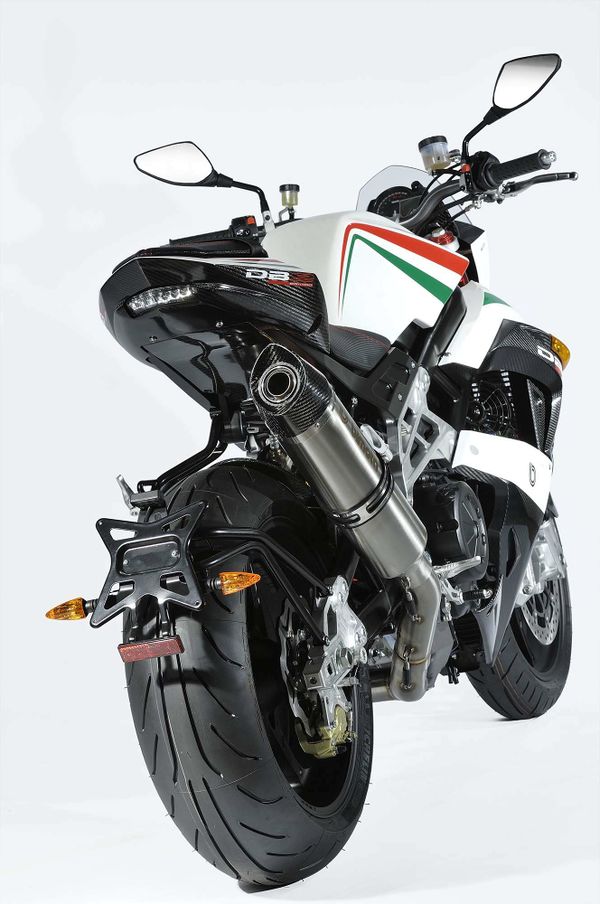 The 2013 MY Bimota DB9 Brivido Italia boasts a special, white livery, with racing stripes in the colors of the Italian flag. It also comes with features such as a 43mm upside-down fork, a fully-adjustable mono-shock as a rear suspension, a Brembo braking system with dual 320mm front discs and a smaller, 220mm discs in the rear, blacked-out, forged-aluminum wheels, a digital instrument cluster, an under-belly exhaust system, a single seat and a nose-fairing.

In the tech/engine department, it sports a liquid-cooled, four-stroke, fuel-injected, 1198cc, V-Twin desmodromic engine paired to a six-speed manual transmission, that produces a claimed 162 horsepower and 131 Nm of torque.