The engine was a oil & air cooled v2, four-stroke. A 98.0mm bore x 71.5mm stroke result in a displacement of just 1078.0 cubic centimeters. Fuel was supplied via a desmodromic valve control.

The bike has a 6-speed transmission. Power was moderated via the wet multidisc with slippery clutch.

It came with a 90/90-21 front tire and a 180/70-18 rear tire. Stopping was achieved via double disc. brembo, 4-pistons, 4-pads with radial brembo calipers in the front and a single disc. 2-piston in the rear. The front suspension was a öhlins ø 48 mm upside down fork, ttx cartdridge system, with adjustable rebound and compression damping while the rear was equipped with a monoshock öhlins for bimota adjustable in preload, high and low speed of compression damping, single speed on rebound damping. The DBX was fitted with a 3.7 Gallon (14.00 Liters) fuel tank. The bike weighed just 385.81 pounds (175.0 Kg). The wheelbase was 61.42 inches (1560 mm) long. 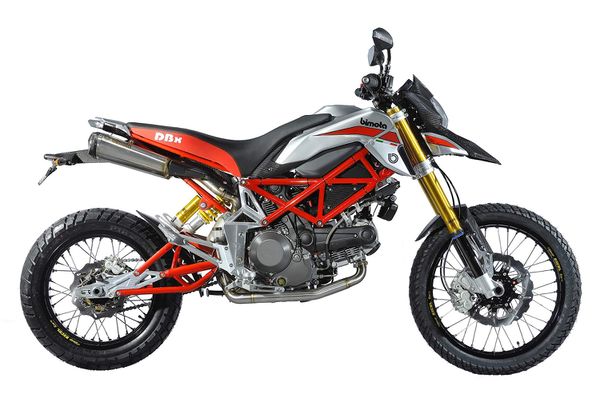 The 2013 MY Bimota DBx is a powerful dual-sport machine, that sports an air/oil-cooled, four-stroke, fuel-injected, 1078cc, 90-degree V-Twin powerplant mated to a six-speed manual transmission, and can produce a claimed 95 horsepower and 103 Nm of torque.

Standard features include an Ohlins suspension package composed of a fully-adjustable upside-down fork in the front and an adjustable mono-shock in the rear, a Brembo braking system with dual discs in the front and a single disc in the rear, a dual seat, an under-belly to under-seat exhaust system, laced wheels and a digital instrumentation panel. 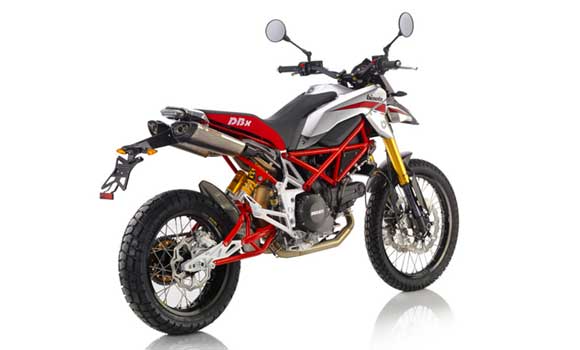 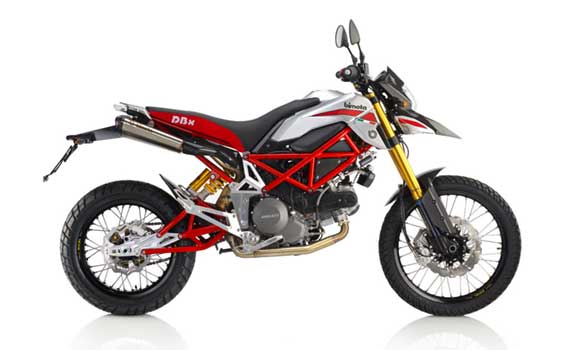 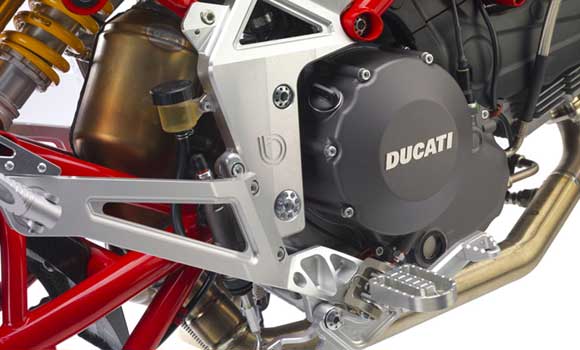 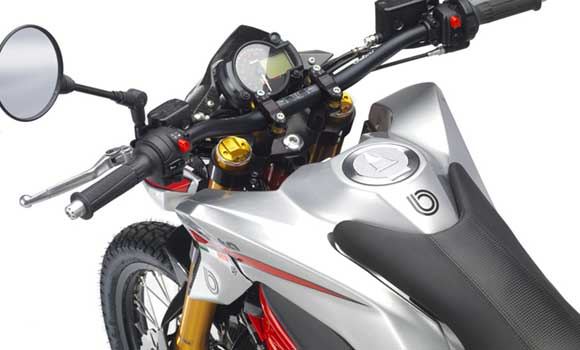 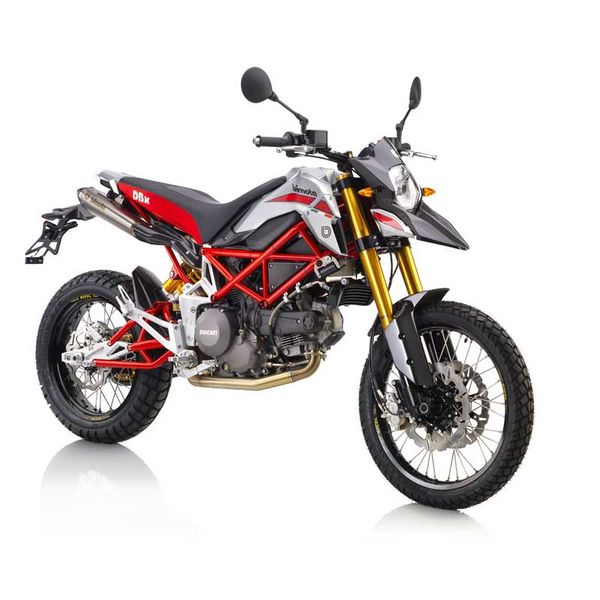 The 2016 MY Bimota DBX sports a liquid-cooled, four-stroke, 1078cc, desmodromic 90-degree V-Twin powerplant mated to a six-speed manual transmission, and can produce a claimed 95 horsepower and 100 Nm of torque. This is the only off-road machine developed by the Italian engineers, and can just as easily be used for inner-city chores.

Standard features include an Ohlins TTX suspension package with a front inverted fork and a rear, fully-adjustable, mono-shock, a single seat, an under-belly to under-seat exhaust system, Brembo brakes with dual discs in the front, a digital instrument cluster, laced wheels and off-road tires.