The Borile B500MT was a single cylinder, four-stroke Supermotard motorcycle produced by Borile between 2001 and 2010.

The engine was a air cooled single cylinder, four-stroke. A 87.0mm bore x 82.0mm stroke result in a displacement of just 487.0 cubic centimeters. Fuel was supplied via a overhead cams (ohc).

The bike has a 5-speed transmission. Power was moderated via the wet, multiplate. 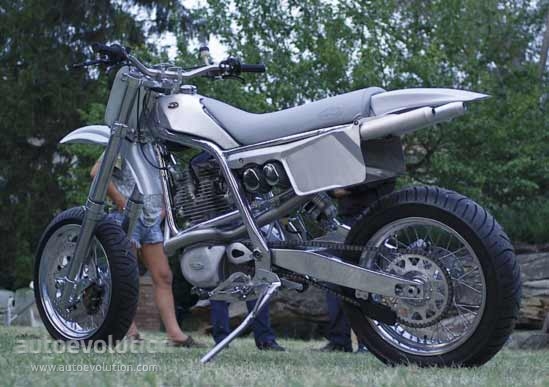 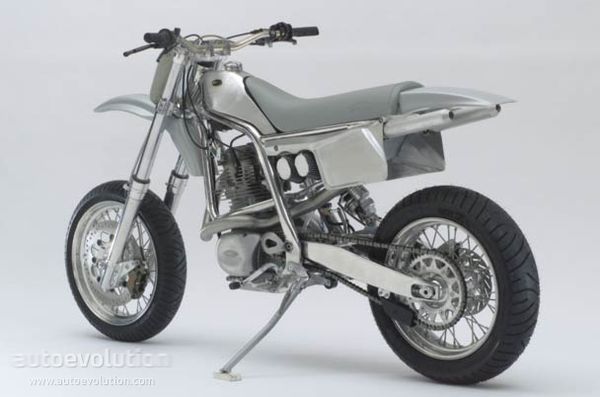 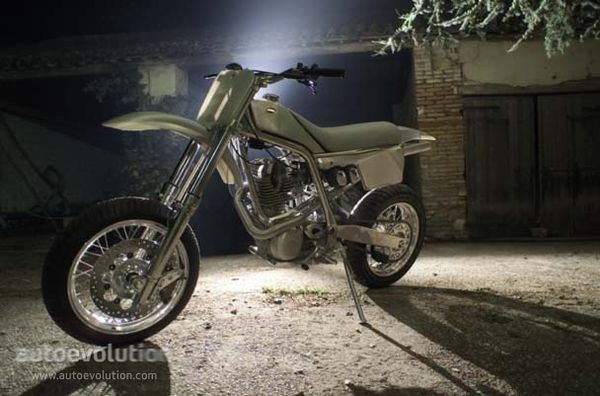 We designed a very small tank to combine aesthetical appearance with a very short drive, the major quantity of the fuel is under the seat, totally 8 liters. strength and easy engine maintenance operations: the two oblique tubes right behind the cylinder disappeared to give space to a big rafter that connects steering rod with the engine/swing arm group.