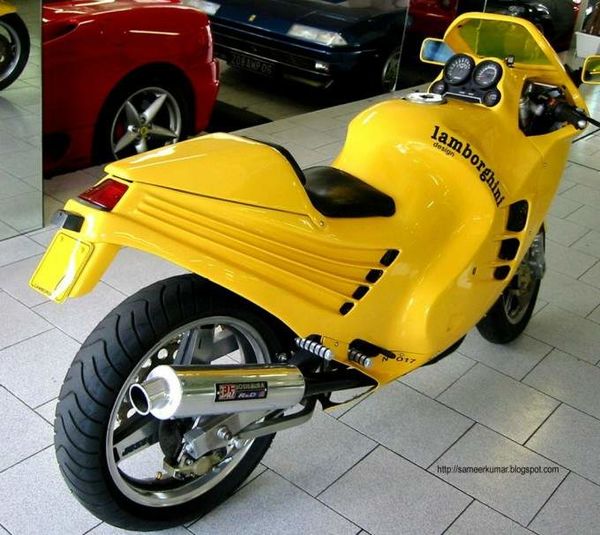 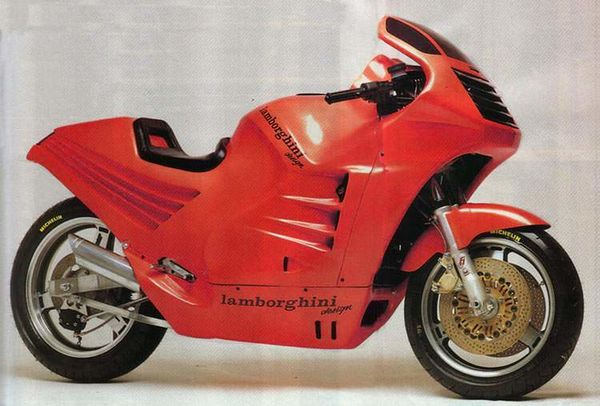 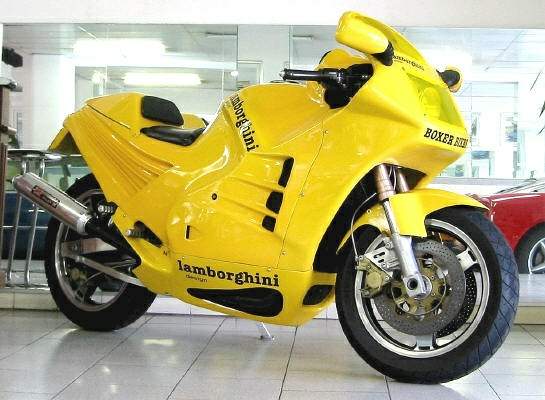 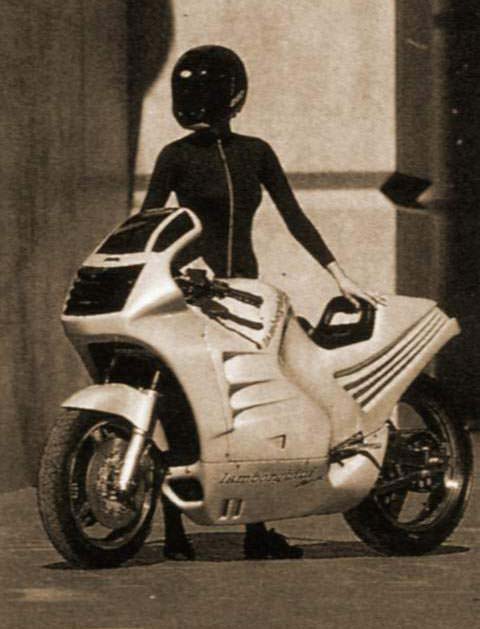 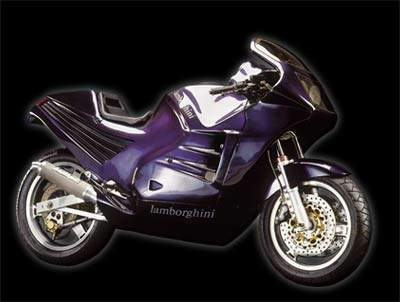 O yes, there is a Lamborghini bike, although not many were made, but it did exist, and it wasn't even built in Italy, but in France, by Boxer Bikes in Toulouse. When Patrick Mimran bought the Lamborghini company, he decided to use the Lamborghini name on other things beside cars. He decided to use the fabulous V-12 in off-shore power boats, and with great success, and now he used the name on a bike, but not just a regular bike mind you. The Lamborghini bike was considered to be one of the very best in the world, together with the legendary Bimota make, which was also a European company, not a Japanese one by the way. Just like the Bimota, the Lamborghini bike used the best Japanese mechanicals on home built cycle-parts. For the Lamborghini bikes, a Kawasaki engine of 750, 900 or 1000 cc was used, which output between 90 and 120 Bhp and gave the Lamborghini designed bike a top speed in excess of 160 mph. By using the best parts available, the Lamborghini bike put only 396 lbs on the scale, the light-weight aluminum frame was a work of art by Claude Fior, the shock absorbers were made by Fournales, the exhausts by Devil and Gotti made these wheels especially for this specific bike. The gold-plated (actually 'Cadmium plated') brake callipers ware made by the well known Brembo craftsperson. An order list of 50 units was accepted, and in 1986 the production of the Lamborghini bike was started in the Boxer Bikes workshop. They intended to built 100 units a year, and each of them would cost about $13,500, but for this kind of money you bought the best available, besides, a Bimota was in the same price range, and if you owned a Lamborghini car, you should buy a bike too.

The Lamborghini Motorcycle, by Boxer Bikes.