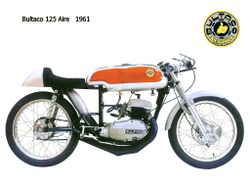 Francisco Bultó founded Bultaco near Barcelona in 1958 after leaving Montesa, which he helped to co-found, due to Montesa's reluctance to participate in organized racing. The new firm built a series of a rapid small-capacity two-stroke racers through the 1960s, and had many high finishes in Grands Prix. Roadsters included the rapid 250cc Metralla, which had a claimed top speed of more than 100mph (160kph). Bultaco also specialized in offroad bikes. Sammy Miller's win on a Sherpa in the 1965 Scottish Six Days Trial heralded the two-stroke's takeover in the trials classes. After the trials world championship was started in 1975, Bultaco won for five straight years. Bultaco also competed in road racing with Angel Nieto and Ricardo Tormo winning a total of four 50cc world titles in the years up to 1981. Soon afterwards Bultaco ended production, having been crippled by a series of worker strikes. 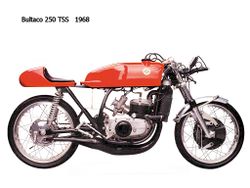 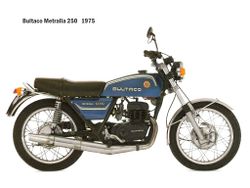