It came with a 2.75-21 front tire and a 4.60-17 rear tire. Stopping was achieved via single 240mm disc in the front and a single 220mm disc in the rear. The front suspension was a telescopic fork while the rear was equipped with a mono-shock. 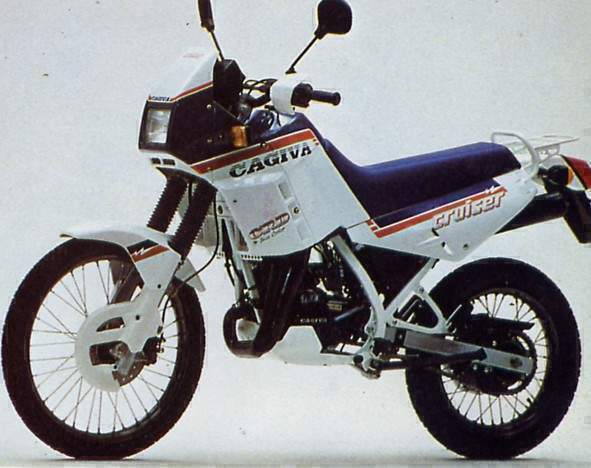 The 1987 MY Cagiva Cruiser 125 has, at its heart, an air-cooled, two-stroke, 125cc, single cylinder powerplant paired to a six-speed manual transmission and can produce a claimed 24 horsepower and 18 Nm of torque. Also, it has standard features such as laced wheels with off-road tires mounted on them, a dual seat, a rear luggage rack, passenger grab rails, a race-inspired livery, a telescopic front fork coupled to a rear mono-shock, front and rear disc brakes and an analogue instrument cluster.