It came with a 90/90 -18 front tire and a 90/90 -18 rear tire. Stopping was achieved via single 240mm disc, 2-piston caliper in the front and a 180mm drum in the rear. The front suspension was a telescopic fork while the rear was equipped with a dual shocks. 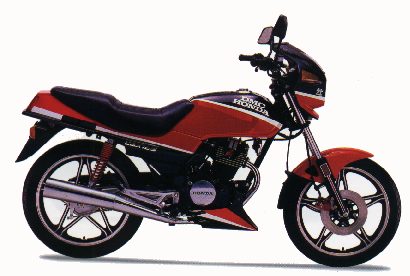 The 1986 MY Daelim CBX 125 has, at its heart, an air-cooled, four-stroke, 124cc, single cylinder powerhouse paired to a five-speed manual transmission and can produce a claimed 13 horsepower and 10 Nm of torque.

Also, it comes with features such as cast-aluminum wheels, a small fairing, an analogue instrumentation panel, a dual seat, a chromed exhaust system, a telescopic front fork, dual shocks as a rear suspension, a front disc brake coupled to a rear drum and a blacked-out, steel frame.