The engine was a air cooled single cylinder, four-stroke. A 72.0mm bore x 48.6mm stroke result in a displacement of just 197.9 cubic centimeters.

The bike has a CVT transmission. Power was moderated via the automatic centrifug. 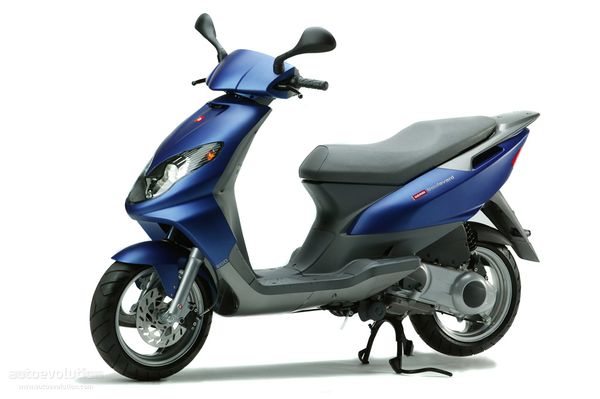 The 2006 MY Derbi Boulevard 200 is a middle-class scooter that has, at its heart, an air-cooled, four-stroke, 197cc, single cylinder powerplant paired to a continuously variable transmission (CVT) and can reach a maximum power output of 13 horsepower at 6750 rpm.

Also, it has standard features such as a dual seat, a rear luggage rack, cast-aluminum wheels, dual headlights, a digital instrument cluster, a center stand, a telescopic front fork coupled to a rear mono-shock suspension, plus a front disc brake and a rear drum unit.