The Ducati 350GTV was a air-cooled, four-stroke, parallel twin cylinder, SOHC, 2 valves per cylinder Classic motorcycle produced by Ducati in 1977.

It came with a 3.25-18 front tire and a 3.50-18 rear tire. Stopping was achieved via dual 256mm discs in the front and a single 257mm disc in the rear. The front suspension was a 35mm Paioli telescopic front fork while the rear was equipped with a dual shocks. 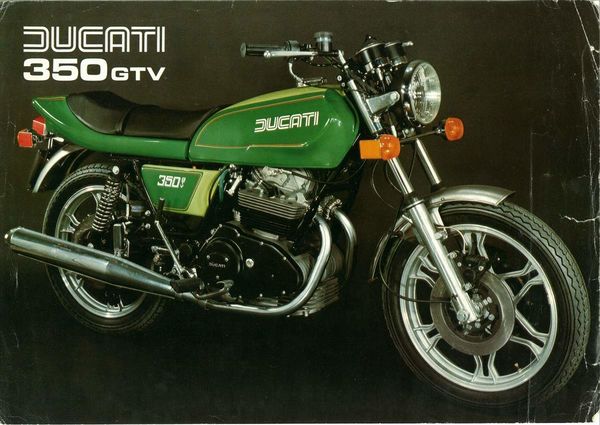 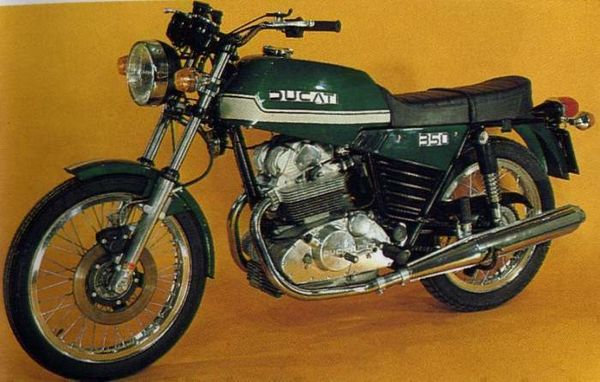 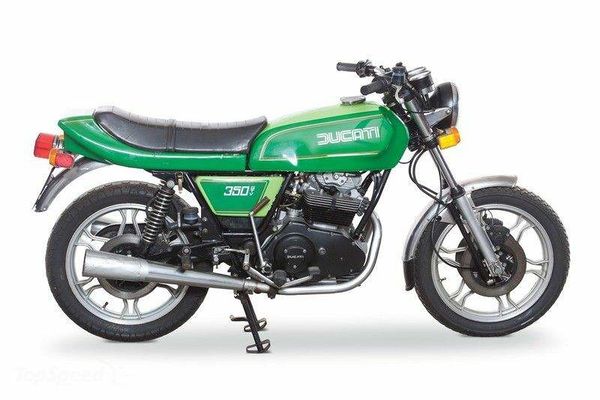 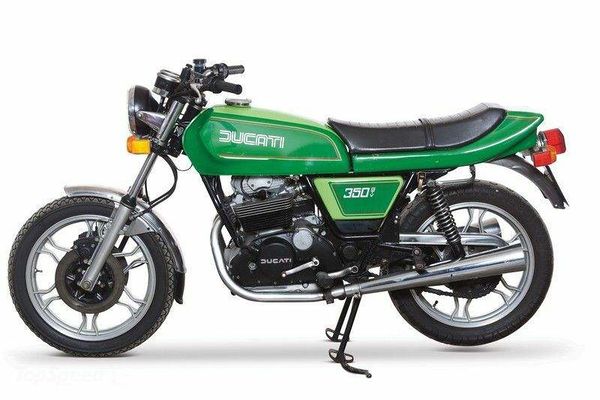