It came with a 3.00-18 front tire and a 3.50-18 rear tire. Stopping was achieved via dual discs in the front and a single disc in the rear. The front suspension was a telescopic fork while the rear was equipped with a dual shocks. 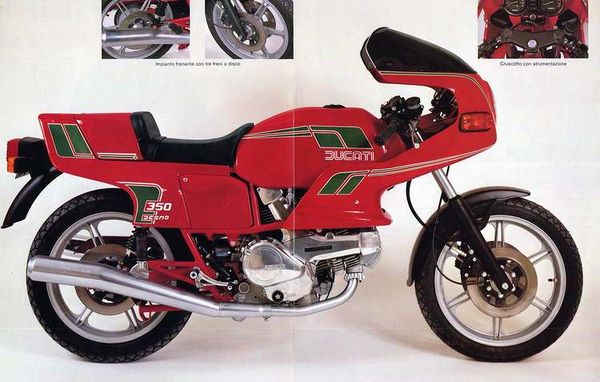 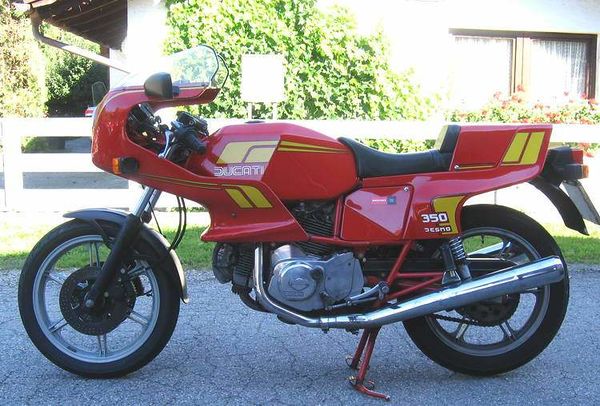 The 1983 Ducati 350SL Pantah has, at its heart, an air-cooled, four-stroke, 349cc, 90-degree V-Twin powerhouse paired to a five-speed manual transmission. Also, it boasts standard features such as a chromed, dual exhaust system, a half-fairing, a single seat, cast-aluminum wheels, dual front disc brakes, a telescopic front fork coupled to dual shock absorbers in the rear, an analogue instrument cluster, and a steel frame.