It came with a 120/70-17 front tire and a 160/60-17 rear tire. Stopping was achieved via dual 320mm discs, 4-piston calipers in the front and a single 245mm disc, 2-piston caliper in the rear. The front suspension was a 41mm Showa fully-adjustable upside-down fork while the rear was equipped with a Showa adjustable monoshock with progressive linkage. 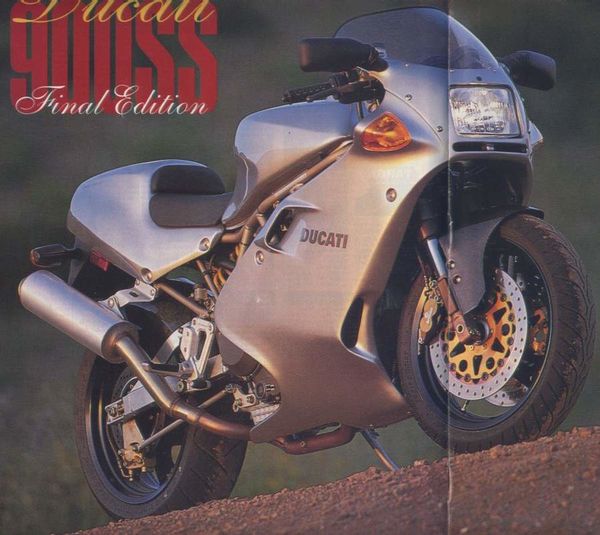 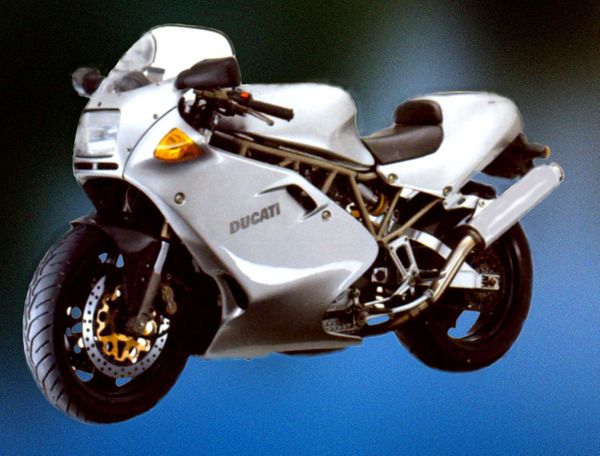 The 1998 Ducati 900SS FE, which stands for Final Edition, is the last model year for the carburetor-equipped 900SS, before it was replaced that same year. This edition was more like the 900SL, and was equipped with a special silver single seat, a modified engine, a race-style exhaust system, blacked-out cast-aluminum wheels, a carbon fiver rear fender, dashboard cover and countershaft cover, and was limited to only 300 units on the American market.

In the engine department it sports an air-cooled, four-stroke, 904cc, 90-degree V-Twin desmodromic powerhouse that was mated to a six-speed manual transmission with a chain final drive, and could reach a maximum power output of 84 horsepower and 84 Nm of torque.