The bike has a chain transmission. Power was moderated via the slipper and self-servo wet multiplate clutch mechanically operated.

It came with a 120/70 ZR17 front tire and a 180/55 ZR17 rear tire. Stopping was achieved via 2 x 320 mm semi-floating discs, radially mounted Monobloc Brembo calipers, ABS in the front and a 245 mm disc, 2-piston caliper, ABS in the rear. The front suspension was a Marzocchi 50 mm pressurized and fully adjustable usd fork while the rear was equipped with a Progressive linkage with fully adjustable Ohlins monoshock. The Hypermotard SP was fitted with a 4.23 Gallon (16.00 Liters) fuel tank. The bike weighed just 376.99 pounds (171.0 Kg). The wheelbase was 59.29 inches (1506 mm) long. 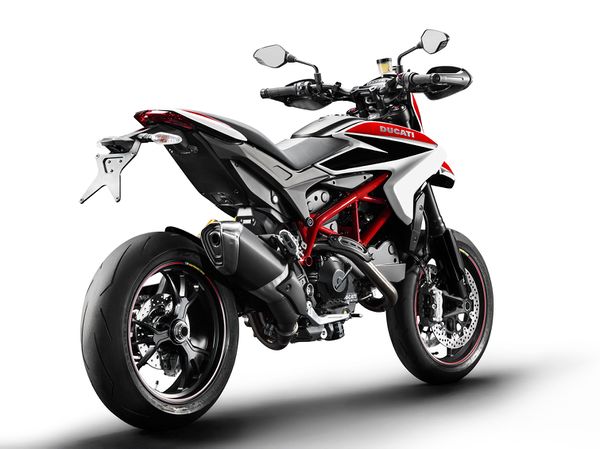 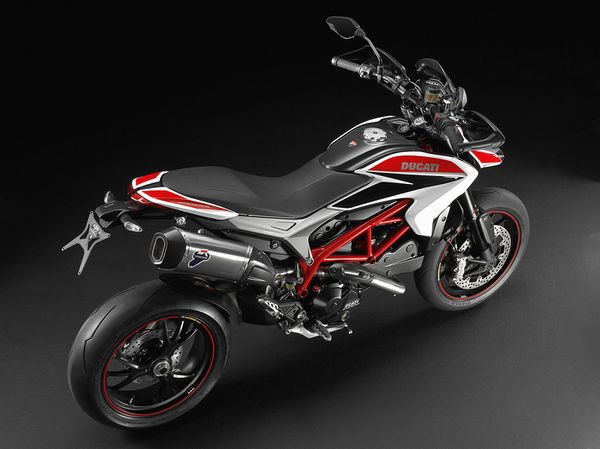 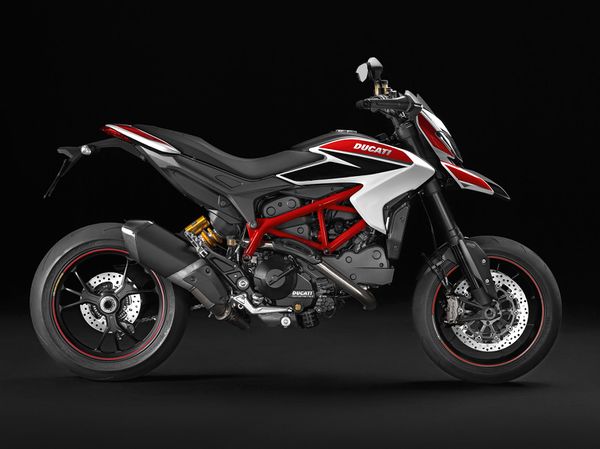 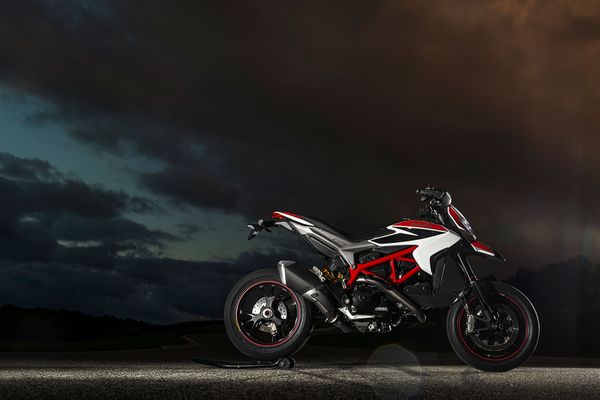 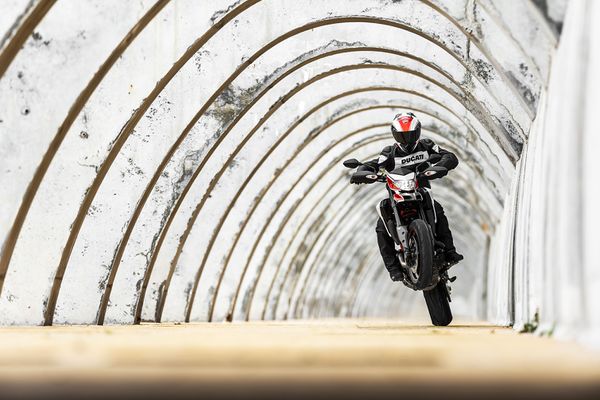 The 2013 MY Ducati Hypermotard SP brings a plus in performance and has race-inspired visuals, as opposed to the base model. It inherits the riding modes from the 1199 Panigale, Race, Sport and Wet, and has an improved suspension system, consisting of 50mm aluminum Marzocchi forks and Öhlins rear suspension, for a more race-like experience. Marchesini forger wheels, aluminum tapered handlebars, magnesium cam covers, a radial front brake pump, plus a carbon fiber front mudguard and cam-belt covers further differentiate the SP-sufixed model from the base Hypermotard.

In the visual department, it has been fitted with a Ducati Corse livery, which completes this performance-oriented supermotard. 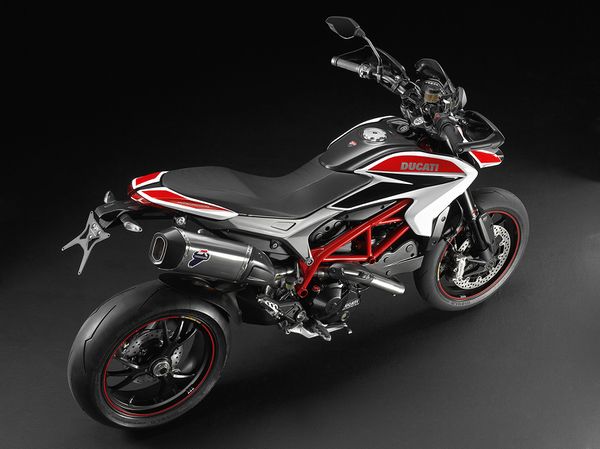 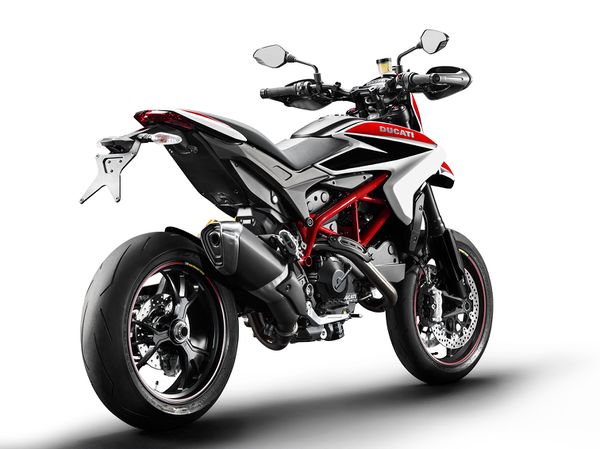 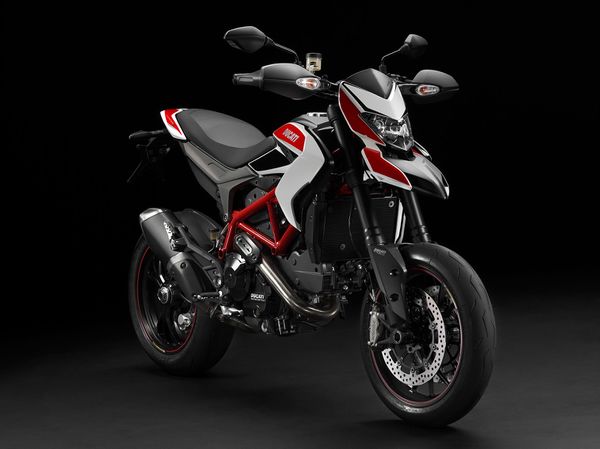 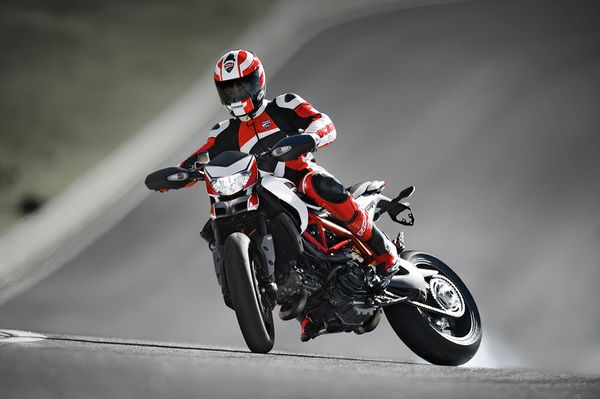 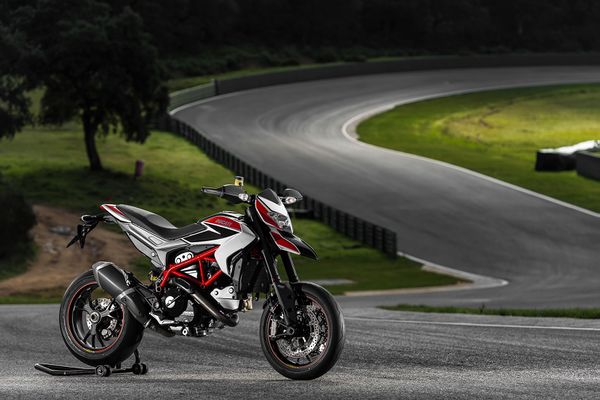 For riders who want the best possible performance out of their supermotards, the House of Borgo Panigale has launched the 2014 MY Ducati Hypermotard SP. At its heart lies a powerful, liquid-cooled, 821cc, Testastretta 11° L-Twin powerhouse with four Desmodromically actuated valves per cylinder, that can produce 110 horsepower and 89 Nm of torque. Unlike the base model, the SP features an upgraded suspension system, with 50mm aluminum Marzocchi forks and an Öhlins rear monoshock, Marchesini forged wheels, aluminum tapered handlebars, a radial front brake pump, plus a carbon fiber front mudguard and cam-belt covers. All these upgrades make for a lighter and, thus, more performance-oriented machine.

Also, the aesthetics have been revised on the SP model, with a choice between red, white or a black bodywork, with a bright red frame and black wheels. 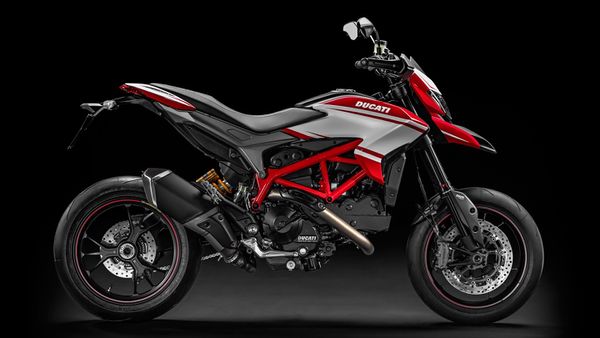 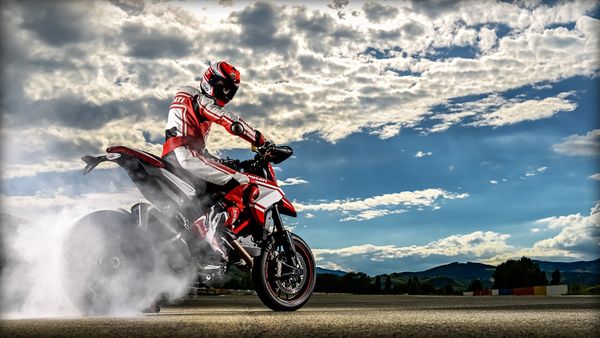 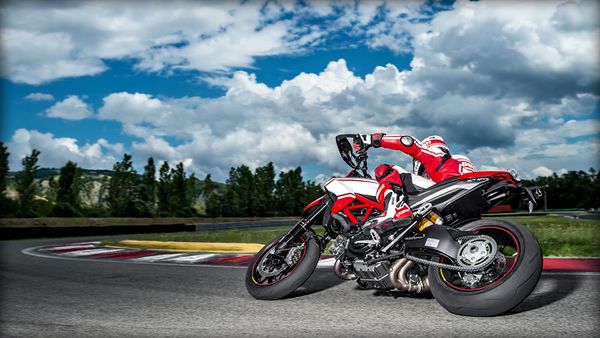 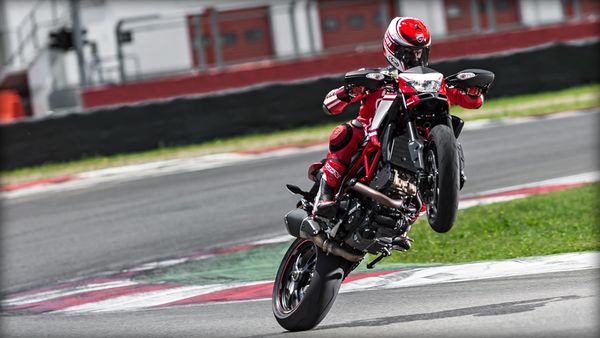 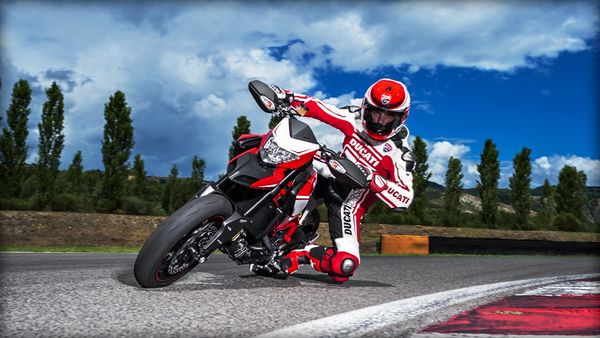 Suitable for more experienced and adventurous riders, the new 2015 MY Ducati Hypermotard SP sports the trademark, 821cc, liquid-cooled, Testastretta 11° L-Twin which boasts an awesome 110 horsepower and a gut-crunching 89 Nm of torque. The most extreme bike in the Hypermotard series, the SP comes with unique riding modes, RACE 110 hp (HIGH), SPORT 110 hp(MEDIUM) and WET 75 hp(LOW). A new suspension system, composed of a Marzocchi USD fork and an Öhlins rear shock, improve its maneuverability and also play their part in the massive weight reduction it has undergone, as opposed to the base model, the SP having a dry weight of only 171 kg. On the visual side of things, its livery is inspired from the Ducati Corse, for a more racey look.