It came with a 2.75-21 front tire and a 4.60-17 rear tire. Stopping was achieved via single 240mm disc in the front and a drum in the rear. The front suspension was a telescopic fork while the rear was equipped with a monoshock. The RRT 125 Nebraska was fitted with a 1.06 Gallon (4.00 Liters) fuel tank. 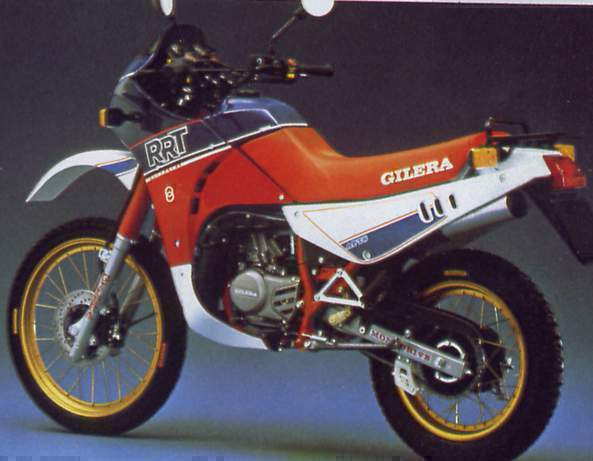 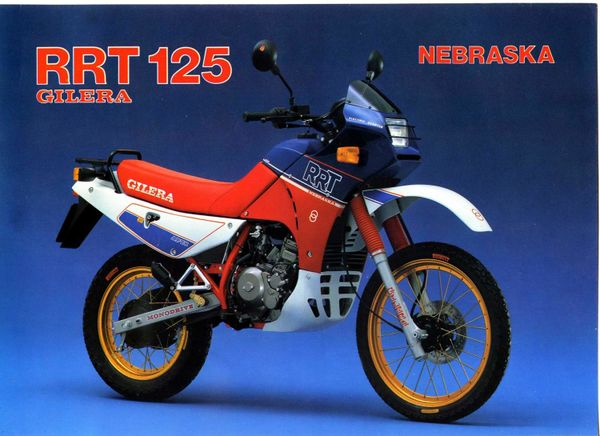 The 1987 MY Gilera RRT 125 Nebraska has, at its heart, a two-stroke, liquid-cooled, single cylinder powerhouse that was mated to a five-speed manual transmission with a chain final drive and could produce a claimed 24 horsepower and 14 Nm of torque.

In addition, it comes with features such as a square headlight with protection grille, laced wheels, an engine mudguard, a rear luggage rack, passenger grab rails, a dual seat, a small windscreen, an analogue instrumentation panel, an under-seat mounted exhaust system and a steel frame.