The 1985 MY Gilera RTX 200 is powered by a liquid-cooled, two-stroke, 183cc, single cylinder powerplant that was mated to a six-speed manual transmission with a chain final drive, and can reach a maximum power output of 26 horsepower at 7500 rpm.

Standard fittings for this machine include a telescopic front fork coupled to a rear monoshock suspension, laced wheels, an under-seat exhaust system, a rear luggage rack, wide handlebars, a steel frame, analogue instrumentation dials, a front disc brake and a rear disc and a race-inspired livery.

The engine featured a 9.5:1 compression ratio.

It came with a 2.75-21 front tire and a 4.60-17 rear tire. Stopping was achieved via Single 240mm disc in the front and a Drum in the rear. The front suspension was a Telescopic forks while the rear was equipped with a Alloy swing arm adjustable single shock. The RTX200 was fitted with a 15 Liters / 3.9 US gal fuel tank. The bike weighed just 122 kg / 275 lbs. 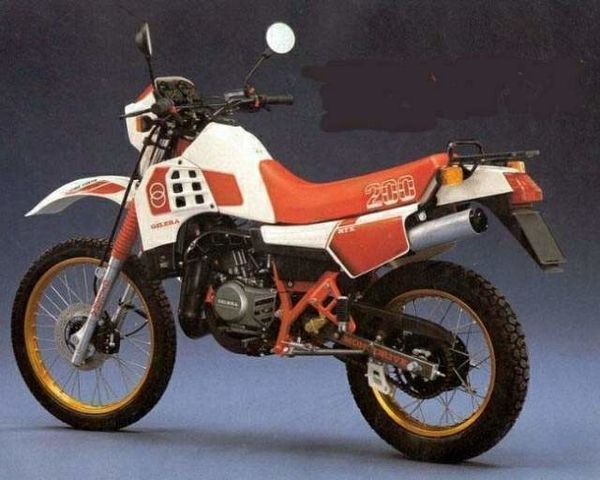