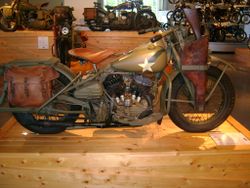 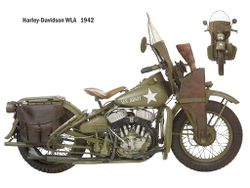 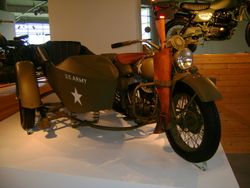 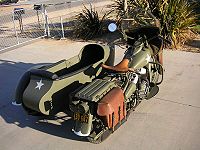 The Harley-Davidson WLA was the Army version of the 45 cubic inches (740 cc) WL (appended A for army) was the workhorse motorcycle of the military of many countries. Some 90,000 were built between 1939 and 1944, with 60,000 going to the U.S. military. The majority were supplied in solo form, sidecar combinations were relatively rare. These bikes were tough and dependable, and were used for solo escort, dispatch, and police duties. With the introduction of the Jeep, there was less need for motorcycles, more so when the action was concentrated in the Pacific Theatre.

Shipments to the Soviet Union under the Lend-Lease program numbered at least 30,000.[citation needed] The WLAs produced during all four years of war production generally have 1942 serial numbers. Production of the WLA stopped at the end of World War II, but was resumed from 1950 to 1952 for use in the Korean War.