It came with a 100/90-19 front tire and a 130/90 HB16 rear tire. Stopping was achieved via dual 292mm discs, 1-piston calipers in the front and a single 292mm disc in the rear. The front suspension was a 39mm telescopic fork while the rear was equipped with a dual shocks. 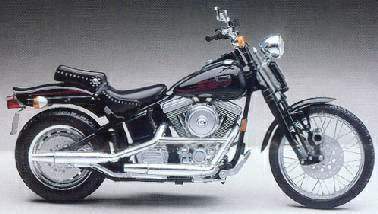 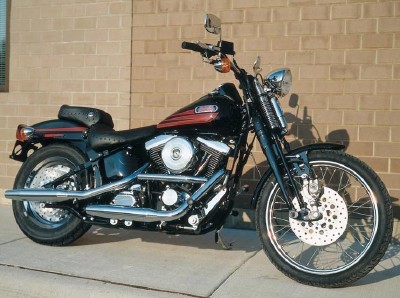 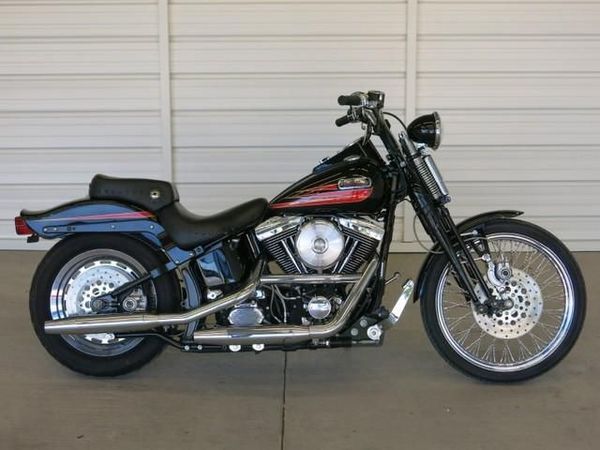 The 1995 MY Harley Davidson FXSTB Softail Bad Boy has, at its heart, an air-cooled, four-stroke, 1337cc, 45-degree V-Twin powerplant that was paired to a five-speed manual transmission with a belt final drive, and can reach a maximum power output of 58 horsepower at 5000 rpm.

Also, it has been fitted with features such as laced wheels, a studded-leather dual seat, an analogue instrumentation panel, a chromed headlight, wide handlebars, dual front disc brakes coupled to a single disc in the rear, a 39mm telescopic front fork in the front and dual shocks in the rear, forward-mounted foot controls and a chromed dual exhaust system with pea-shooter mufflers.