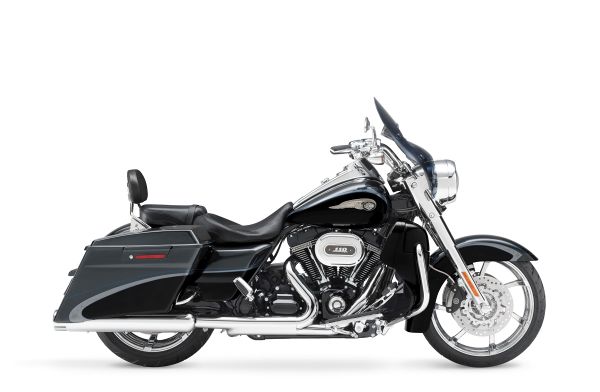 Limited to only 900 motorcycles, which makes it one of the most exclusive machine ever built by the MoCo, the 2013 MY CVO Road King 110th Anniversary sports the proven, 1802cc, air-cooled, Twin Cam 110 powerplant paired to a manual, six-speed Cruise Drive transmission, and boasts a gut-churning torque of 160 Nm at 3750 rpm. As all the models in the Road King series, this two-wheeler successfully combines classic cruiser looks with the functionality of a touring motorcycle, without straying from the Milwaukee recipe of timeless looks and great performance.

The 110th Anniversary edition features some improvements, such as the exclusive paint scheme found only on the CVO anniversary editions, composed of Diamond Dust and Obsidian, solid bronze fuel tank badges, plated in black nickel and then distressed to highlight the bronze, and a bright gold-tone bar and shield cloisonné is inserted in the main body of the "single wing" badge.