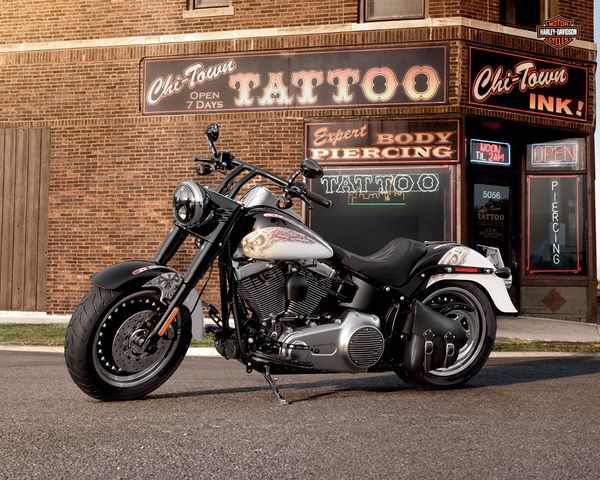 The 2013 MY Harley Davidson Fat Boy Lo 110th Anniversary addresses riders who want a firmer foothold on the ground when stopped or cornering at low speeds. It has the same engine and technologies as the base Fat Boy, such as the 1690cc, air-cooled Twin Cam 103B powerplant, which produces 132 Nm of torque. The American engineers have tweaked the machine's suspension, for a lower seat height and ground clearance, without affecting its cornering abilities and comfort for the rider.