The bike has a gears transmission. Power was moderated via the Wet multi-disc, manual. 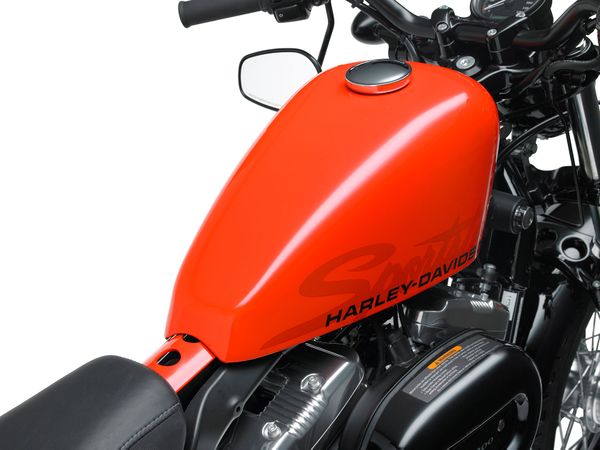 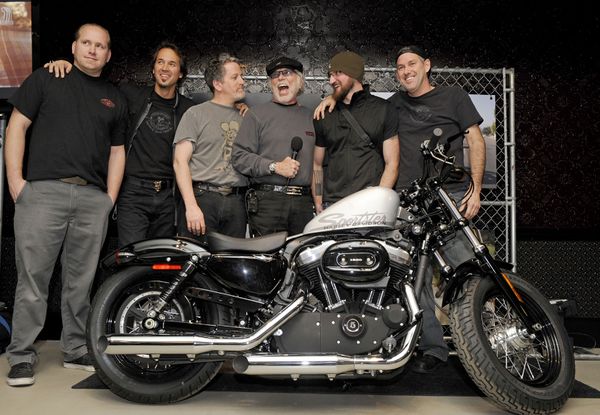 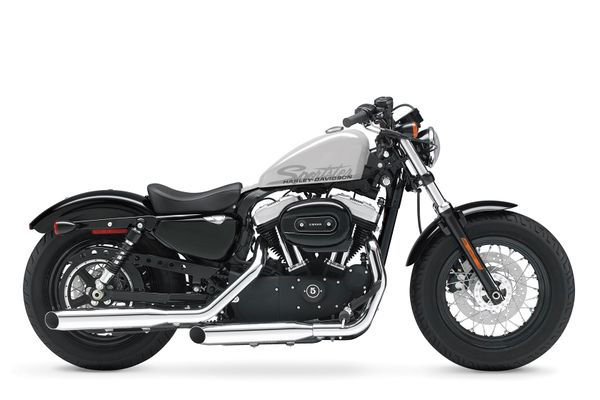 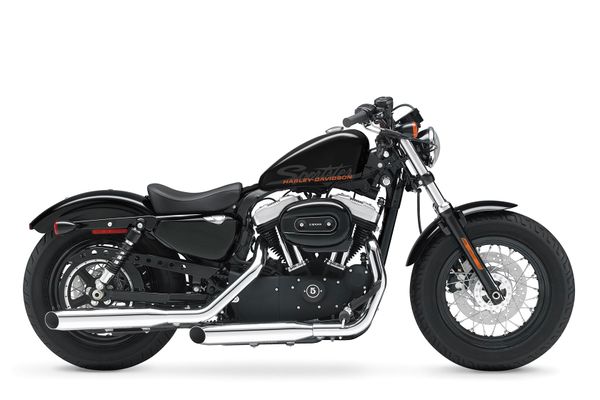 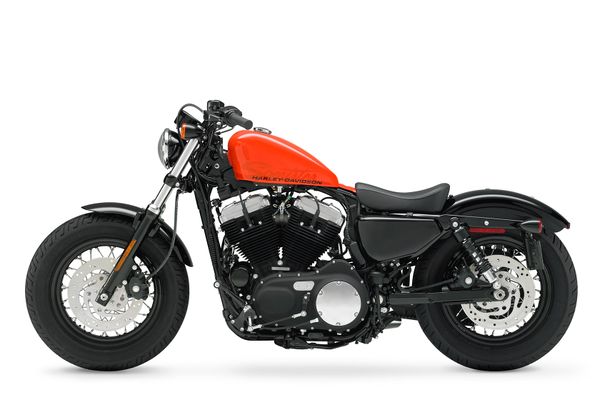 The 2010 MY Harley Davidson Sportster Forty-Eight sports an air-cooled, 1200cc, Evolution V-twin powerhouse mated to a six-speed manual transmission, and can produce 107 Nm of torque at 4000 rpm. It is the newest addition to the House Milwaukee 2010 line-up, and addresses a wide variety of riders, thanks to its design which incorporates classic and modern cruiser elements.

The highlights for this model are the solo seat with a low, 26" seat height, the fat tires, the 16" blacked-out, black steel laced wheels, the under-mounted mirrors, a telescopic fork with wide triple clamps, a chopped front fender, a chopped rear fender, a side-mounted licence plate, a peanut-shaped fuel tank, and a lowered suspension package. 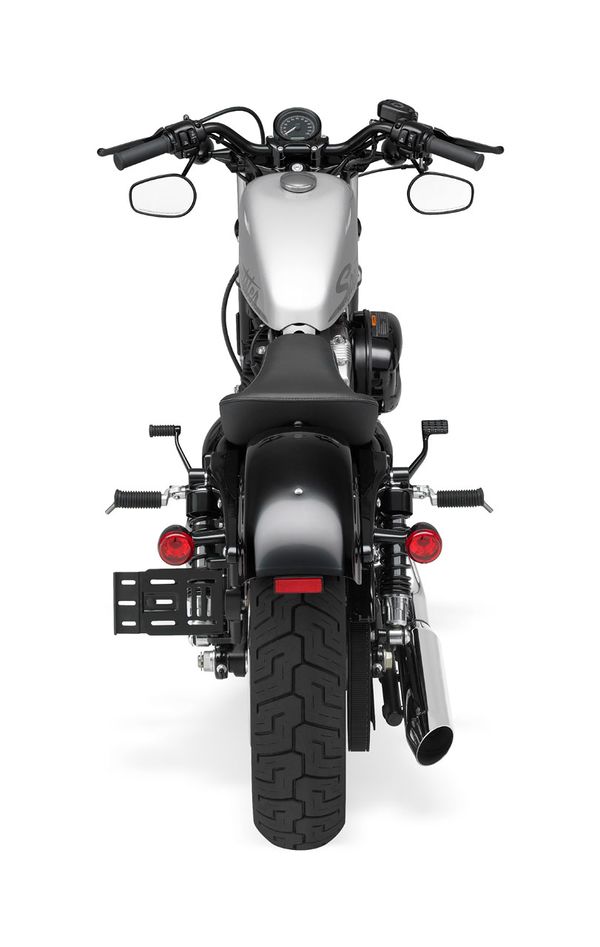 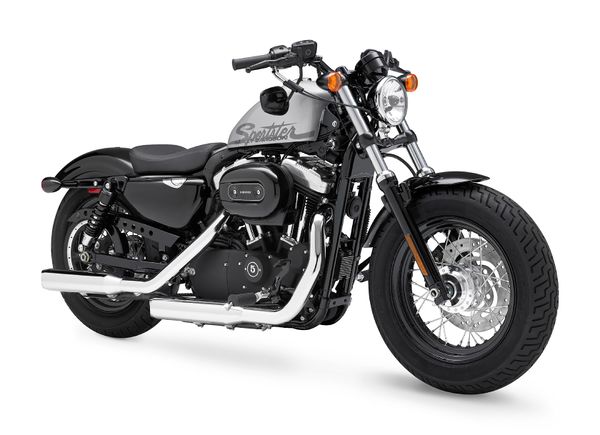 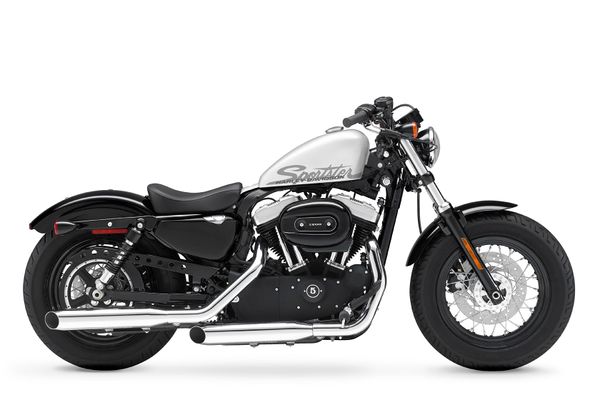 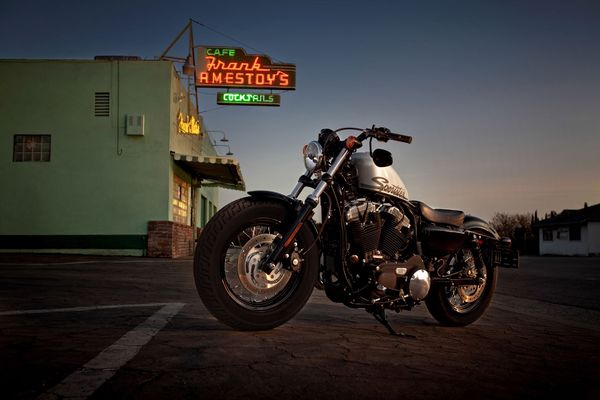 The 2011 MY Harley Davidson Forty-Eight sports an air-cooled, 1200cc, Evolution powerhouse mated to a five-speed manual transmission, and can produce 107 Nm of torque at 4000 rpm. This bulky machine may take on the roles of a powerful daily commuter, an evening stroller through city boulevards and even weekend hauls across the highway. 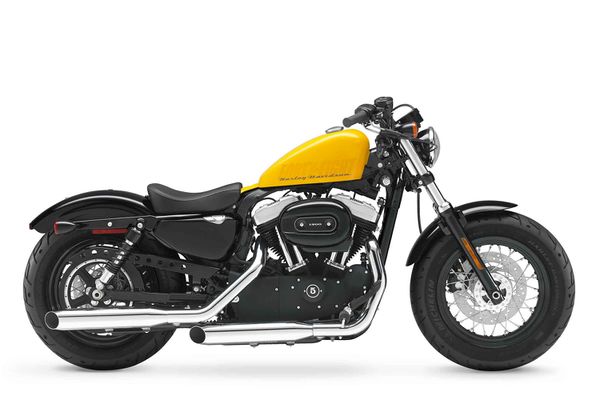 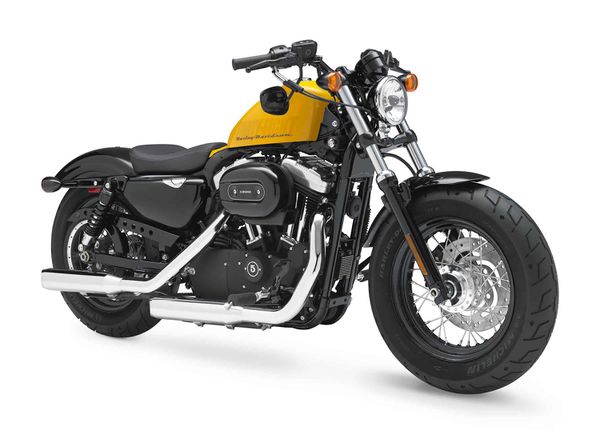 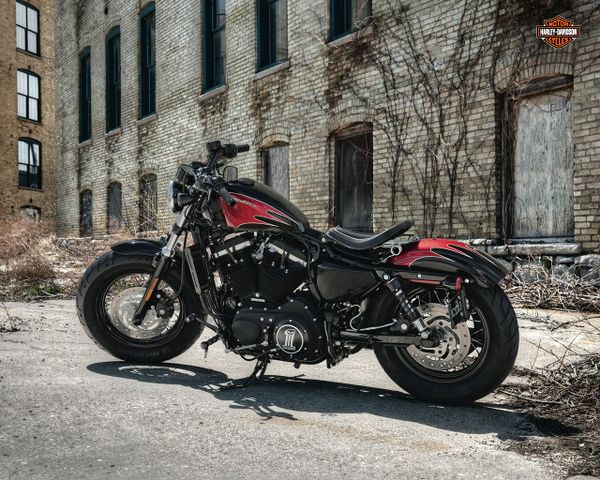 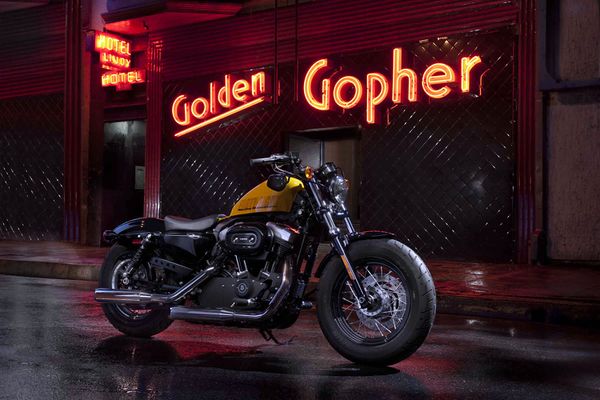 The 2012 MY Harley Davidson XL1200X Forty-Eight sports an air-cooled, 1202cc, Evolution V-twin powerhouse paired to a five-speed manual transmission, and can produce 107 Nm of torque at 400 rpm. It addresses riders who want a more clean look to their machine, with no unnecessary visual embellishments.

Inspired from the 60's cafe racers and bobers, this machine comes with a solo seat, a chopped rear fender, slammed handlebars with a speedometer and under-mount mirrors, a wide front tire, a chromed exhaust system, and a number of blacked-out parts that give it an inconspicuous aggressiveness. 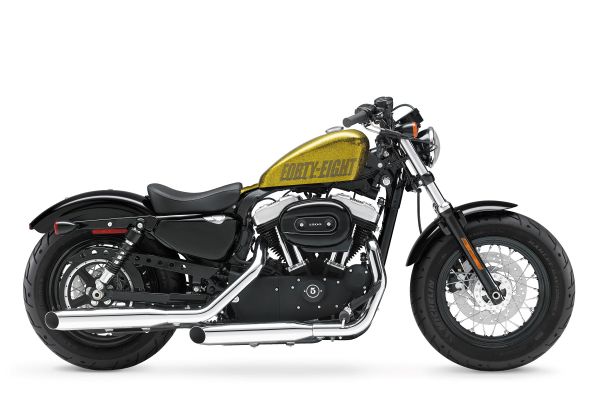 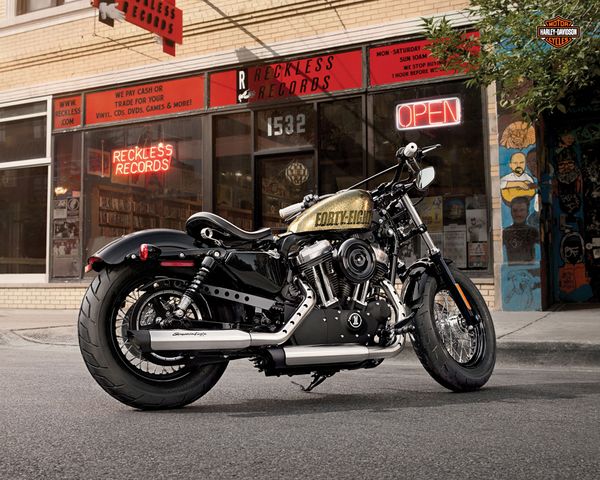 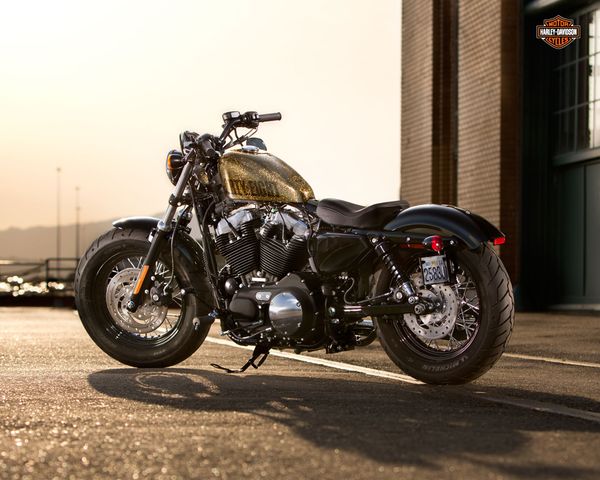 The 2013 MY Harley Davidson Forty-Eight has a number of features that set it apart from the other models in the Sportster series. A beefy, telescopic front fork, a wide, 130mm tire mounted on a 16" lace-spoked steel wheel, a low profile custom handlebar with under-mounted mirrors and a chopped rear fender, the usual MoCo recipe. In fact, except for the classic peanut fuel tank, all the other design features on the Forty-Eight make it a modern, aggressive, fresh-looking cruiser, which is sure to appeal to the younger fans of House Milwaukee machines.

On the tech/engine side of things, it sports the proven, 1200cc, air-cooled Evolution powerplant mated to a dependable five-speed transmission. The engine boasts an impressive 107 Nm of torque at 3250 rpm. 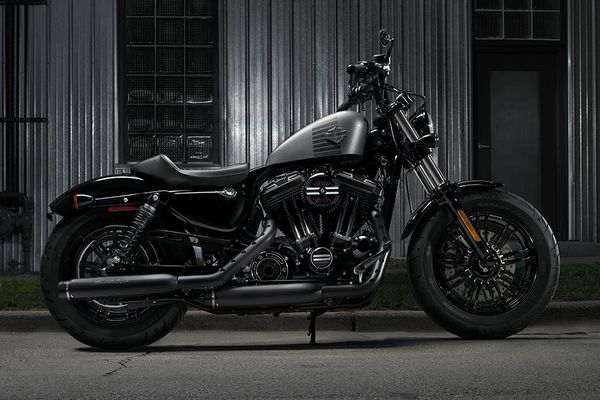 The 2016 MY Harley Davidson Forty-Eight has been redesigned, making it even more aggressive and increases its desirability. Besides the revised suspension package, which can be found throughout the Sportster series, the Forty-eight has also been fitted with a lower seat height, a more aggressive overall appearance and new cast aluminum wheels.

In all other departments, it remains unchanged, and has, at its heart, an air-cooled, four-stroke, 1202cc, Evolution engine mated to a five-speed manual transmission, that produces 96 Nm of torque at 3500 rpm.