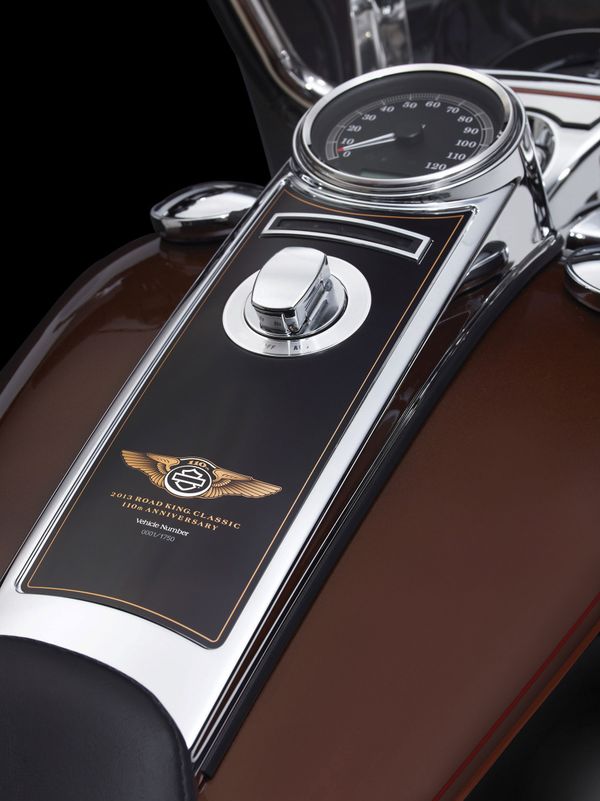 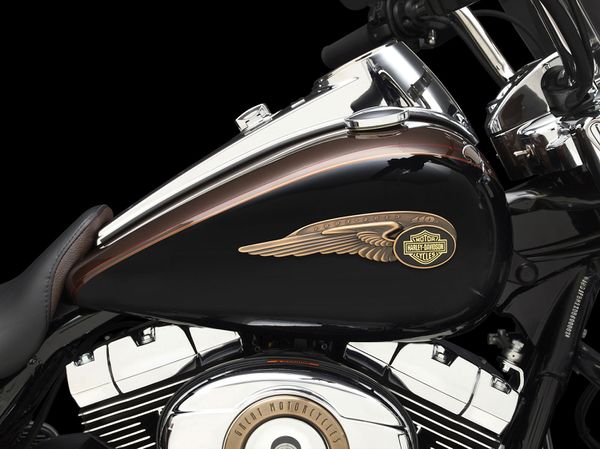 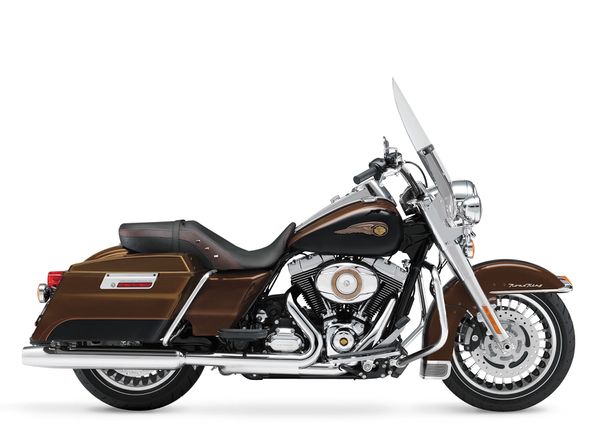 The 2013 MY Harley Davidson Road King 110th Anniversary sports an air-cooled, 1690cc, Twin Cam 103 powerplant that produces 135 Nm and is mated to a manual, six-speed Cruise Drive transmission. This machine can be transformed from a boulevard cruiser to a mid-sized tourer, in a matter of seconds, thanks to the detachable hard saddlebags and windscreen. It appeals more to the nostalgic of riders, with most of its design being based on the 60's American cruisers.

The 110th Anniversary edition has several improvements that set it apart from its siblings, such as the solid bronze tank medallions and air cleaner cover trim ring, chrome-plated timer cover with cloisonné insert and derby cover with forged solid bronze trim ring, a serialization badge, cruise control and ABS as standard, an H-D Smart security system, as well as the trademark paint scheme, with Anniversary Vintage Bronze/Anniversary Vintage Black.