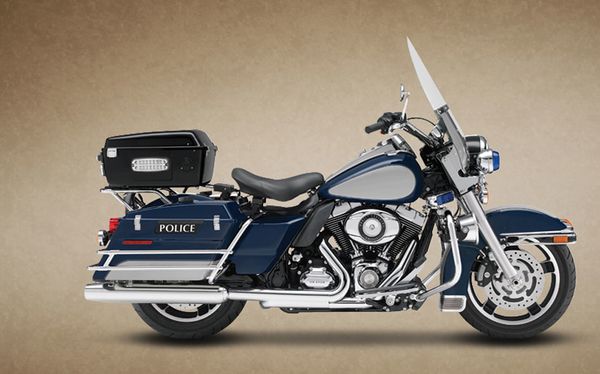 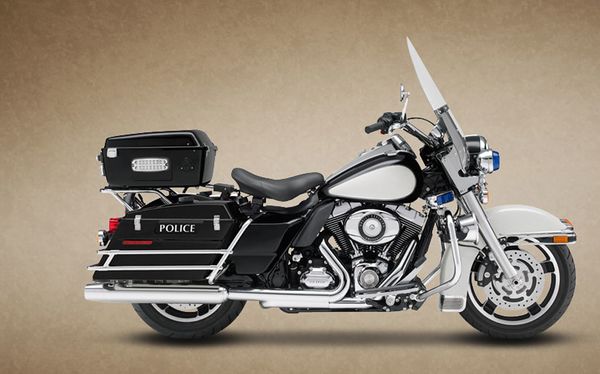 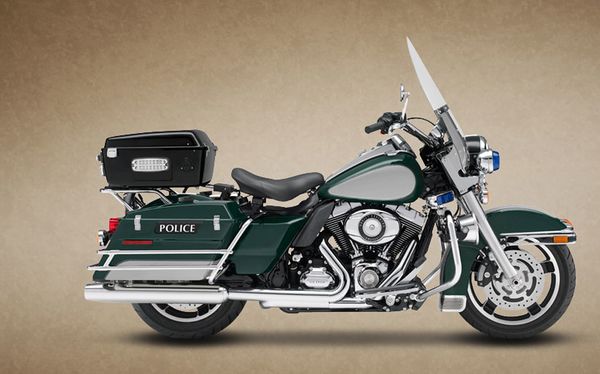 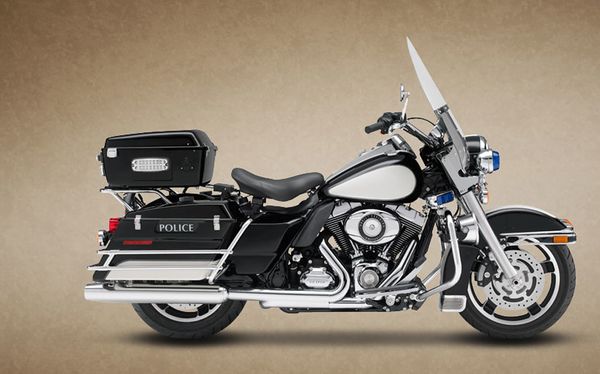 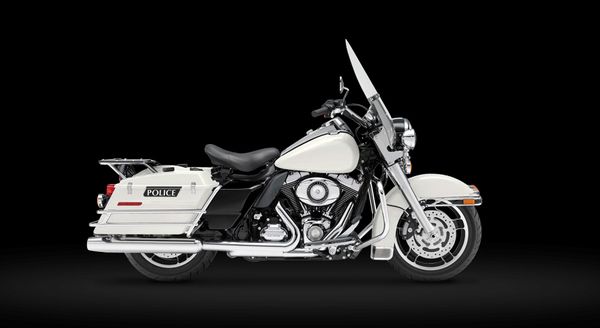 The 2013 MY Harley Davidson FLHP Road King Police sports the proven, 1690cc, air-cooled, Twin Cam 103 powerplant that boasts an asphalt-wrinkling 135 Nm of torque. This machine comes with a number of improvements to aid the law enforcement officer, as follows: special latches on the saddlebags for easier access while atop the machine, a new seat suspension design for improved comfort, power delivery has been improved with the addition of the 68-tooth rubber isolated rear drive sprocket, an independent ABS comes as standard for improved rider safety, the 2-into-1-into-2 exhaust has been routed as far away as possible from the rider for improved comfort, plus the Dunlop MT multi-tread tires which allow increased weight capacity and extends tire tread life.