The bike has a belt transmission.

It came with a 4.00 x 12 front tire and a 4.00 x 12 rear tire. Stopping was achieved via drum in the front and a drum in the rear. The front suspension was a telescopic fork while the rear was equipped with a dual shocks. The wheelbase was 51.5 inches (1308 mm) long. 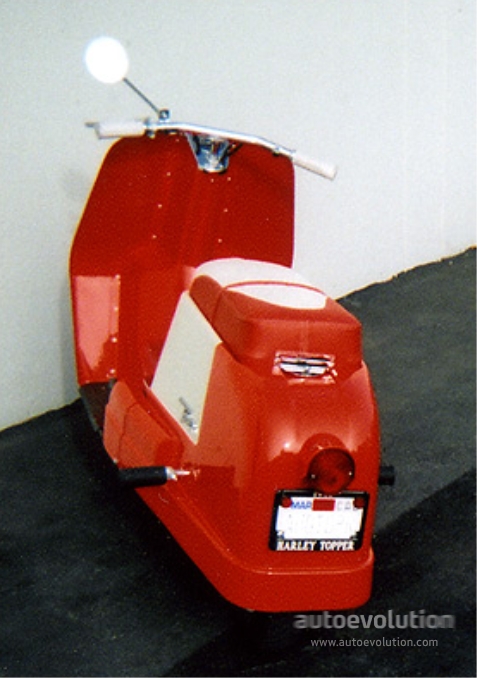 The 1960 Harley Davidson Topper was the only scooter designed and produce by House Milwaukee. It came equipped with an air-cooled, two-stroke, 164cc, single cylinder lump paired to a continuously variable transmission (CVT), that produces 9 horsepower. Standard features included a drum braking system, an under-seat storage compartment, a large windscreen, a rear luggage rack and a dual seat.