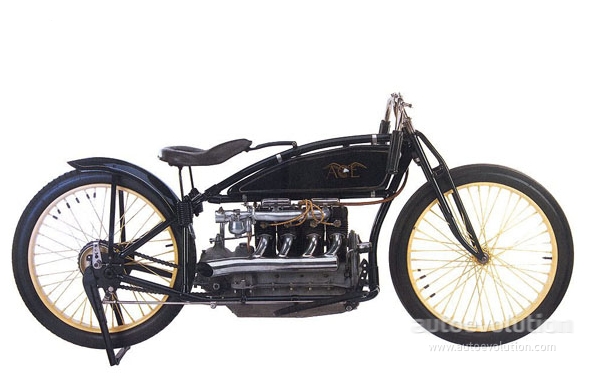 Bill Henderson founded ACE in 1918, after selling its interests to the Schwinn company in 1917. Ace produced bikes with an in line-four layout, the most known model being the XP-4, which set a world record of 209km/h in 1923. Later, the ACE brand was sold to Indian.