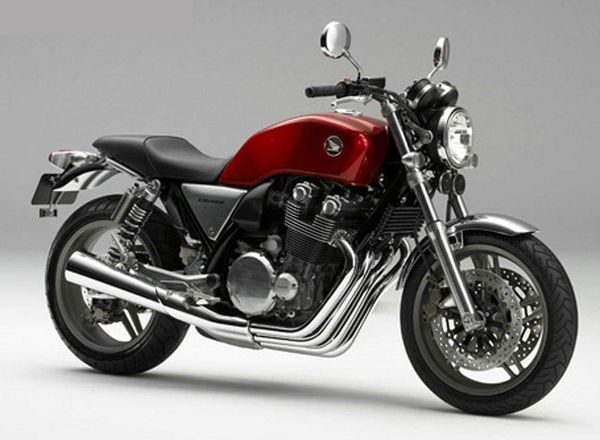 It’s ironic that a show with such futuristic themes and hi-tech displays also tends to be a showplace for retro-styled motorcycles. Ducati’s SportClassics line, first displayed in 2003, is a good example. The Terblanche-styled bikes traded on the look of classic Ducatis of years past, rather than aping more common cruiser-esque styling cues.

Honda has a rich history of iconic machines, and with this model—as well as its sister, the CB1100R prototype—it may be looking to cash in on that heritage. Styled much like the classic CB400F of 1975-1978, the CB1100F uses twin shocks, a tube frame and an air-cooled 1100cc four-cylinder motor that looks similar to the one in the Japan-market CB750 that was released last year.

Styling is tastefully vintage Honda. The blocky yet proportioned tank, like the minimal seat and perfectly curved headers are reminiscent of the mid-’70s Honda Supersports. Chrome fenders and mirrors make you want to put on a leisure suit and dance the night away, and the taillight housing and turn signals have a soft, aluminum luster to them. 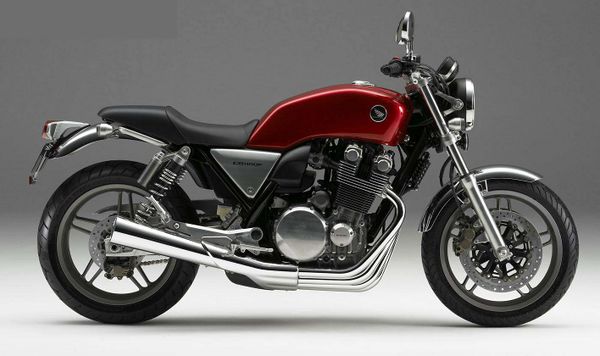