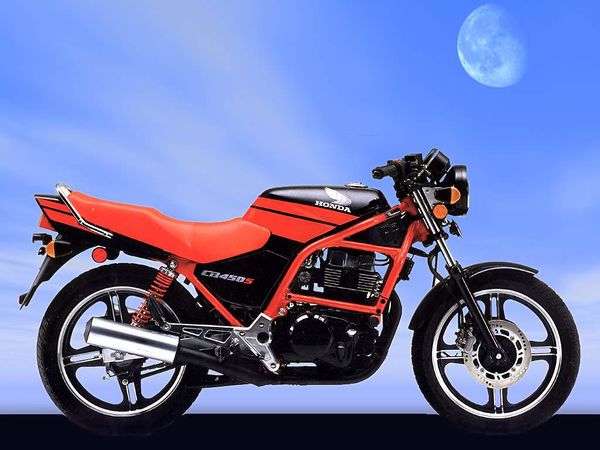 The 1987 MY Honda CB 450S has, at its heart, an air-cooled, four-stroke, 447cc, parallel twin cylinder powerplant that was mated to a five-speed manual transmission with a chain final drive, and can produce a claimed 45 horsepower and 33 Nm of torque.

It has been fitted with a telescopic front fork coupled to dual rear shock absorbers, wide handlebars, a dual seat with pillion grab handles, analogue instrumentation dials, cast-aluminum wheels, a round headlight, a steel frame, a blacked-out exhaust system with a chromed muffler and dual front disc brakes.