Power was moderated via the Wet multi-plate coil spring. 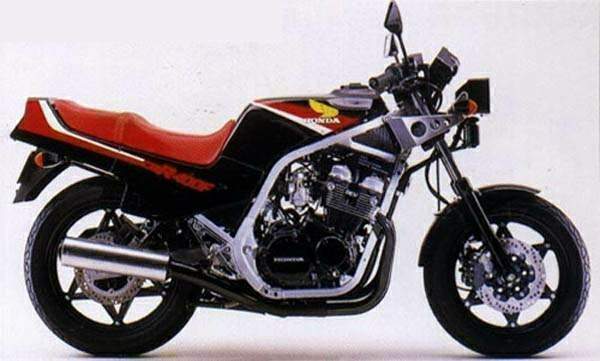 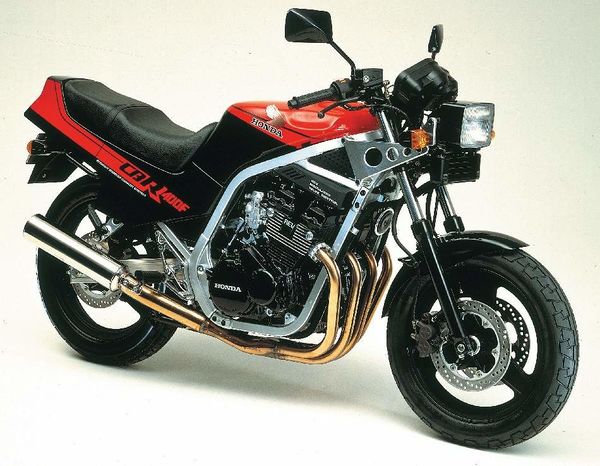 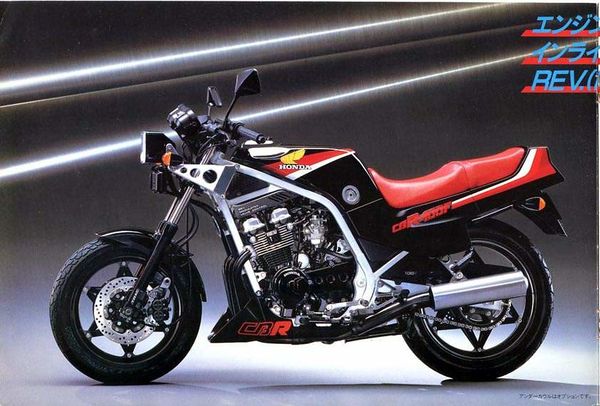 In every way, the CBR400F Endurance surprises. It competes in a class filled with fierce sportbikes as uncompromising as a Ducati Pantah; yet the CBR is cushy and comfortable by comparison, without sacrificing anything but the last fraction of racetrack handling.lt gives away 75 pounds to the Suzuki GSX-R, but is only marginally slower. With the CBR, Honda has mastered the trick of having the cake and eating most of it, too.

With that weight disadvantage, the CBR400F can't afford any power disadvantage as well. And although its air-cooled, 16-valve, inline-Four doesn't look special, new technology lurks inside the ordinary exterior, hinted at only by the REV acronym cast into the cylinder head. The REV system mechanically disconnects one inlet and one exhaust valve from each cylinder at low engine speeds, and sets them operating again at high rpm. This allows radical cam timing without killing low-speed power. On the road, the CBR engine with REV lives up to its promise. At low rpm the engine pulls at least acceptably, and even better than that if the standard of comparison is the original Honda CB400 Four. Then, at 8500 rpm, there's a leap in power that's almost two-stroke-like as all 16 valves go to work and send tfc CBR rocketing toward its 12,750-rpi redline. Amazingly, vibration is almos non-existant, with only a brief bit o buzzing between 5000 and 6000 rpm.

Handling on the CBR is solid, andi starts to feel slightly mushy am underdamped only at racetrack speed; Motorcycles that work better on tli racetrack don't ride as well as the CBR so the suspension is a very reasonaH compromise for street use.

The CBR' 16-inch front wheel and quick steerini geometry allow it to turn nimbly, bu without sacrificing stability. No wiggle or wobbles here. Sacrifice, in fact, is a word that's nd in the CBR's vocabulary. Its seat is so( and well-shaped, the riding position i sport-touring rather than pure sport, am the fairing keeps the wind blast off th rider's chest without bathing him in hea from the engine. The only discomfor comes from footpegs that are too closeti the seat, cramping taller riders after i few hours on the road. There's a lesson to be learned from thi CBR. It's that the last few percentagi points of performance are often purchased at a dear price. The CBR isn't tht quickest or best-handling 400, but it cai deliver performance approaching 558 class standards, and do it without pain.