Power was moderated via the Multi-plate, wet. 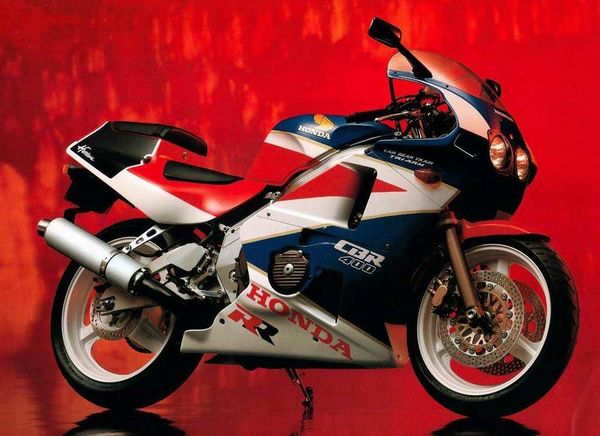 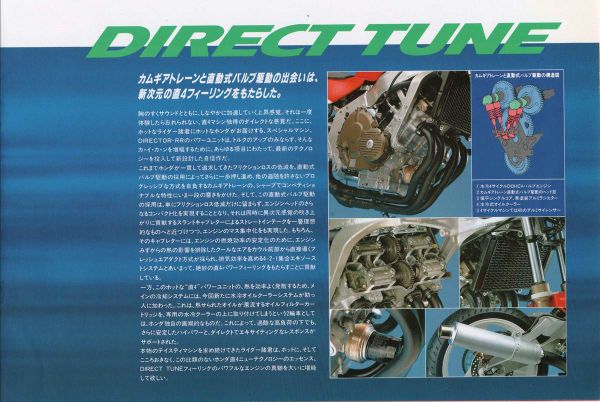 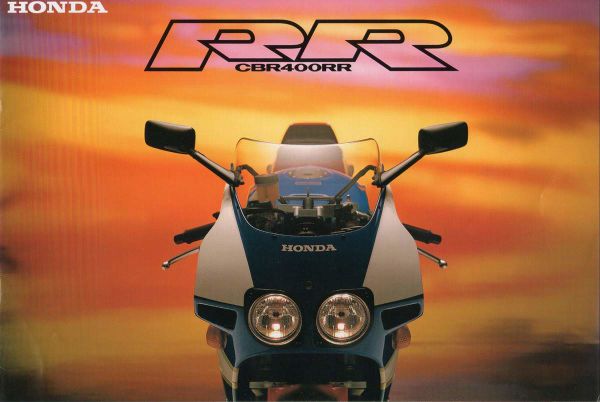 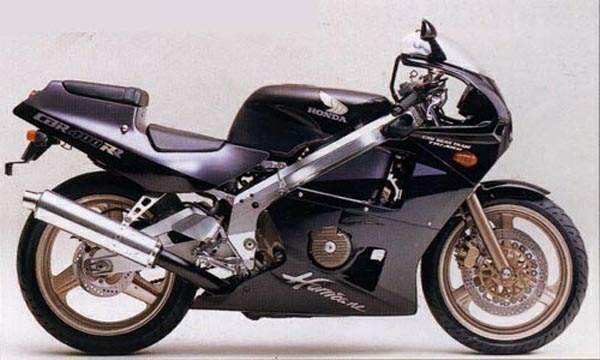 VFR vs CBR Oh, this copper was a clever one, all right. He'd already noticed -and noted - the absence of a tax disc on the Honda CBR I'd been riding until rudely interrupted by the blue flashing lights of his patrol car. Now he was going to show off his knowledge. "That's one of those ROOs, isn't it?" he snorted in the direction of the other Honda, nostrils still flared in anger at the hanging-off antics I'd been performing for the benefit of Goldman's lens. "I nicked soinbody on one of them a few weeks ago." (Tim, son of Thompson, as it turned out). He was wrong about the bike, although the mistake was excusable enough. Despite the distictive white-spoked rear wheel hanging from its single-sided swing arm, the machine the traffic cop was advancing towards with notebook poised was no VFR750R. And his questions had already established that the red, white and blue CBR I was riding was not the 600cc steed he'd naturally assumed it to be, either. Both machines were 400s and rarer by far, at least in this country, than any RC30 -they're not normally sold in Britain but were imported by south Loudon dealers Bat Motorcycles direct from Japan, where the 400cc class is big business. It almost certainly will be here, too, by 1992; if the EEC transport committee has its way, by then all European Community motorcyclists will be restricted to 400cc bikes for two years after passing their tests.

The bikes as a whole are even more different to ride. The VFR is small, firmly spring, racer-like. It's nothing like the RC30 it resembles -lacking that bike's uniquely tall first gear, its distinctive exhaust drone, its ultrasensitive steering - but it feels taut and nimble and quick to change line at the slightest command. The VFR whipped into corners and floated out of them effortlessly, the smoothness of its engine initially tricking me into thinking there was some low-down power because it was often spinning at 9000rpm when I'd imagined the revs to be down below four. Suspenders at both ends were great, the forks just shaking momentarily when I hit a drain cover while cranked over on the brakes - which were superb. A touch of the lever pulled the little bike up sharply; a stronger squeeze almost sent me into handstand mode over the bars. By comparison, riding the CBR at first felt like walking on stilts. The seat and handlebars are much higher, and the low, typically useless CBR screen just added to the impression of sitting on the bike rather than in it as the VFR pilot does. The handlebars ar more of a stretch, the footpegs lower. The whole bike has a much more roomy feel although its wheelbase, at 1480mm, is only 5mm longer that the VFR's and fully 30mm shorter than that of the identical-looking CBR600. The CBR's steering wasn't as quick and precise as the V4's but the bigger bike still handled well, despite a rear shock that had seen better days and was soggy even when cranked up to max preload. At 3631b dry the CBR is only a couple of pounds heavier but by comparison it felt a little loose and disjointed. And its brakes, although they looked identical and worked well enough, didn't have the teeth of the VFR's. Aiming the CBR past a lingering puddle on the road, over a patch of new tarmac and then cranking it repeatedly into a tight roundabout on the photo session took more thought and effort than the same manoeuvre had earlier aboard the VFR. The inline motor's buzzier feel at high revs - and the refreshing howl from its pipe - meant I took the bend a gear higher than I had on the  smoother V4. But the Hondas were matched in that both sets of tires stuck to the road like a politician to an excuse, and both sets of footpegs barely touched tar as I ripped round with enough speed to make me feel dizzy. They could both use some more midrange poke, these 400s, but they're handy little bikes that I for one wouldn't mind riding round on for a couple of years after graduating from a 125. The law, unfortunately, might well be less generous. Rather than being allowed tuning kits, it's possible that in 1992 newly-qualified riders will be stuck with a 47bhp (35kW) limit on their 400s. That would rob this pair of a good chunk of their power and half their fun, and would be a tragedy even though it might result in their engines being returned to give a bit more grunt. The Japanese, meanwhile, are predictably far more concerned with building faster, lighter, smaller and ever more complex machines within their own self-imposed 59bhp limit - and with selling the race kits to make them go as well as they handle and look. Pick of the '89 bunch is the NC30, a real mini-RC30 with twin headlamps, a 360-degree crank in a more compact V4 motor than the VFR400R's, RC-type brakes and a beam frame whose wheelbase is 30mm shorter even than the VFR's. The NC30's race kit is rumoured to take its power to a barely credible 74bhp, and the good news is that Bat's man in Japan can get his hands on this bike, too - though the NC will cost £5250 and you'll have to stump up in advance. Five grand is a lot of money for a restricted 400, it's true. But for the only mini-RC30 in the country? Sounds like a bargain to me.