Power was moderated via the Wet, multiplate with coil springs. 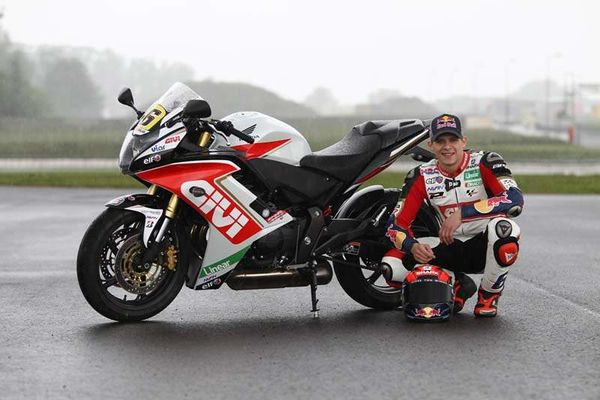 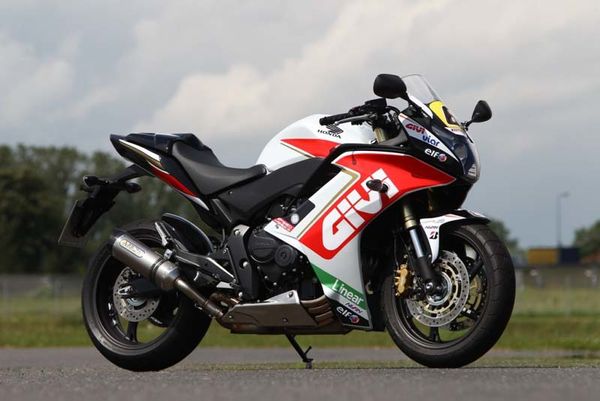 Honda Germany has teamed up with the Italian MotoGP team to bring a special LCR edition Honda CBR600F to market, which uses the same livery found on Bradls Honda RC213V race bike. In addition to the livery, the Honda CBR600F LCR Edition comes with Progrip handlebar grips, an Arrow exhaust, and some other Honda accessories.

More comfortable and less aggressive than the 600RR, the 600F is essentially a sportier Hornet with a full fairing. With sales of sportsbikes showing a decline, the new 600F will definitely help Honda move more bikes from their showrooms. The CBR600F is better equipped than the Hornet and has a good mix of sporty performance and usability, which will surely be appreciated by those who love sportsbikes, but who primarily use their bikes on the street.

In terms of styling, the 600F is moderately sporty looking, which is what Honda probably wanted for the bike. The DOHC inline-four engine, with PGM-FI tech, is from the 2007-model CBR600RR, which has been refined further and has been optimized for low- and mid-range power delivery. Its a light and compact unit and fits in perfectly in the CBR600Fs chassis. And with 102 horsepower at 12,000rpm, it really does perform.

On the road, the CBR600F is an excellent companion for those looking for a fast, sporty motorcycle, despite the fact that it is slower to react to rider inputs compared with 600cc repli-racers. The bike does feel a bit sluggish below 4,000rpm but that 600cc Honda engine really sings between 6,000-12,000rpm. And when its time to stop, the rear brake feels powerful and is easy to modulate, though the front brake isnt very responsive, at least during the first few millimetres of the brake levers travel. Again, this is probably intentional, to keep less experienced riders from stopping too suddenly and perhaps losing control of the machine in the process.

The seat is well padded and the CBR600F feels comfortable to ride whether youre on the street or on a racetrack. The C-ABS brakes arent very invasive and the adjustable suspension is up to the task of keeping things under control even when the 203-kilo (210kg with ABS, which is optional) bike is ridden very hard. The 2011 Honda CBR600F is an intelligent motorcycle thats all-around capable  sporty and comfortable all at the same time, without too many compromises. At 9,190 (with C-ABS), its good value for money.