It came with a 120/70 ZR17 front tire and a 180/55 ZR17 rear tire. Stopping was achieved via 2x 310mm discs 4 piston calipers in the front and a Single 220mm disc 1 piston caliper in the rear. The front suspension was a 41mm inverted Big Piston Fork with spring preload, rebound and compression damping adjustability while the rear was equipped with a Unit Pro-Link HMAS single shock with spring preload, rebound and compression damping adjustability;. The CBR600RR HANNspree Ten Kate Replica was fitted with a 18.2 liters / 4.8 gal fuel tank. The bike weighed just 156.5 kg / 345 lbs. The wheelbase was 1369 mm / 53.9 in long. 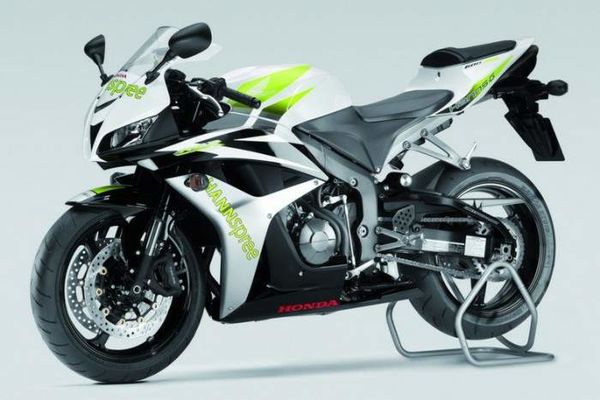 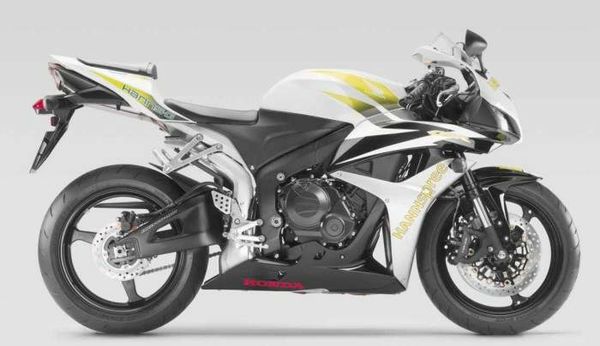 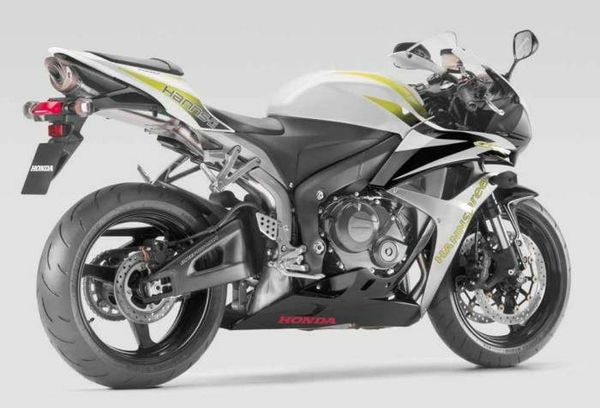 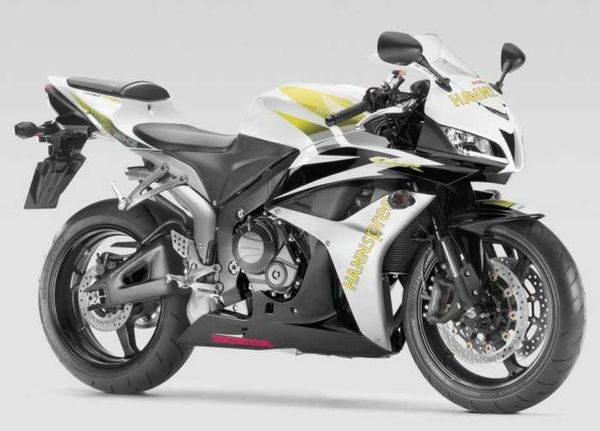 provides a breathtaking combination of aggressive motorsport looks and proven RR riding performance for full-blooded excitement that never grows old. This stunning replicas outstanding distillation of Honda Racing DNA is readily apparent in its aggressive styling, in its race-based construction and in its blistering performance, all of which combine to create a worthy road-going offspring of Hondas famed multi-time world champion. The exciting new HANNspree Ten Kate Honda CBR600RR is where it all begins. Now in its fifth year of production, the CBR600RR has firmly established itself as both a winner on the streets and a dominating force on the racetracks of the world. A mid-displacement Super Sports favourite renowned for its peerless combination of aggressive performance and comfortable riding ease, the CBR600RR and its immediate predecessor, the CBR600F Sport, have together garnered an astounding six consecutive World Supersport championships in the capable of hands of privateer team Ten Kate Racing and its extraordinary riders.

Over the years, the Ten Kate Racing team has enjoyed phenomenal success attained through hard work and steadfast determination, culminating this year in new rider Kenan Sofuoglus record-setting capture of the 2007 World Supersport crown at Brands Hatch circuit with three more races left in the season. This impressive victory has been especially significant as it was accomplished aboard the totally new third-generation CBR600RR, proving its dominating performance potential right out of the box.

Over the last six years and four generations of Honda CBR600 supremacy, the following Ten Kate riders have ridden to victory in the World Supersport championship for complete domination of the series: