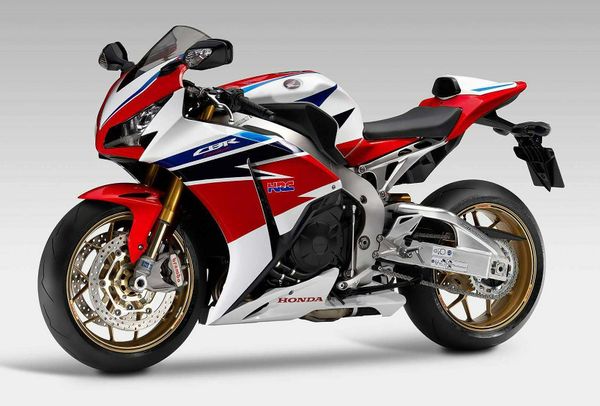 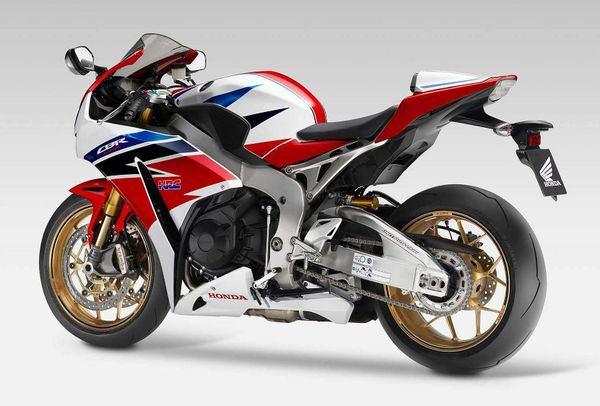 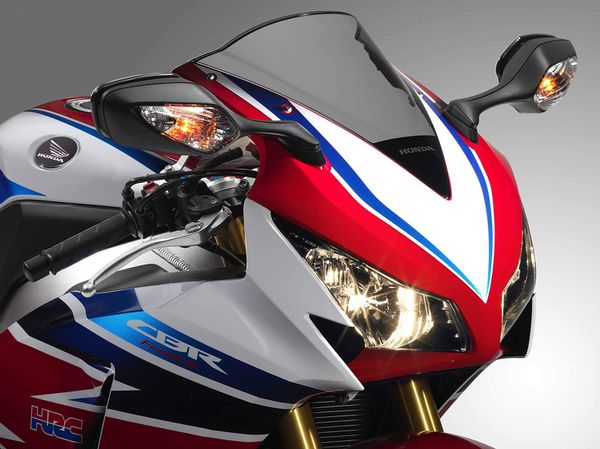 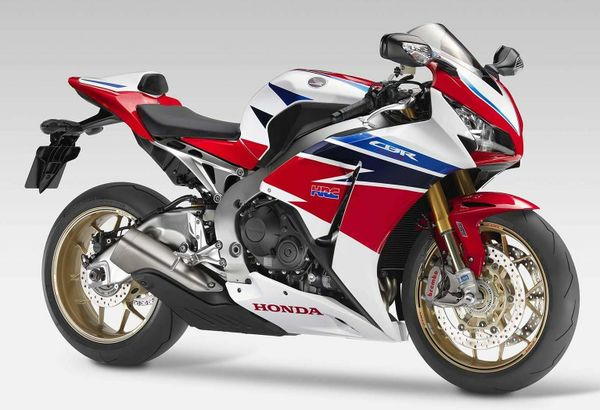 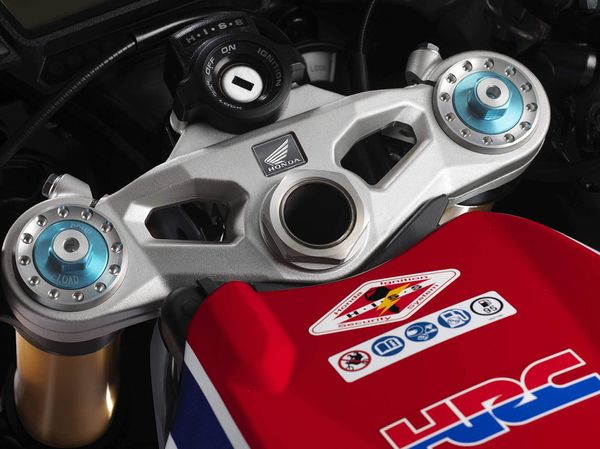 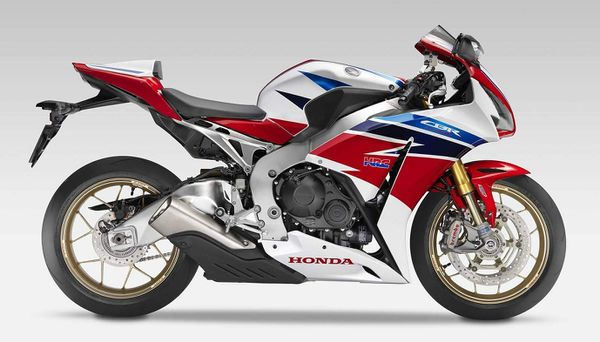 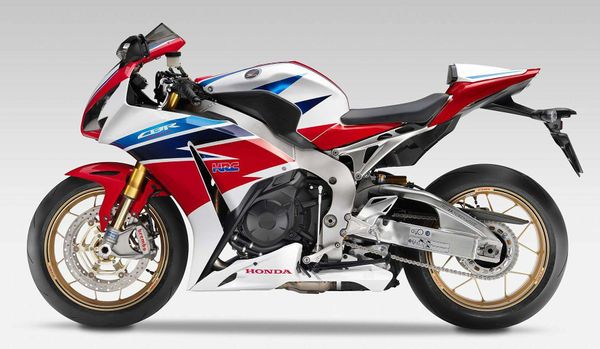 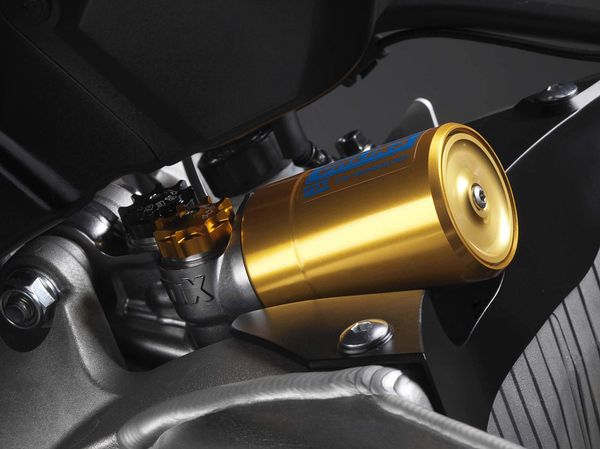 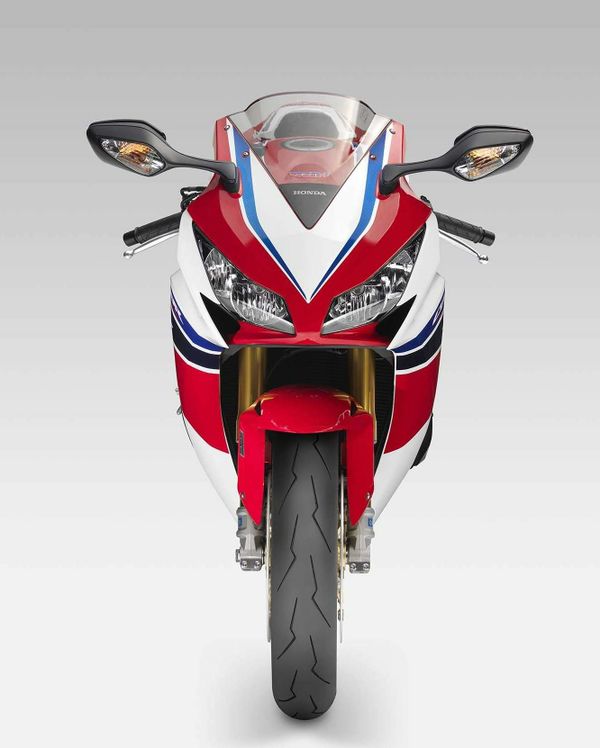 For 21 years Honda has pursued a concept of Total Control with the Fireblade, after rewriting the rulebook in 1992 with the original CBR900RR*. Over the last decade the CBR1000RR has developed into perhaps the most balanced Super Sport machine available, combining exceptional performance and handling with a satisfying ability to extract the very best from every rider.

Victories in the World Super Bike (WSB) championship and all-conquering success at the Isle of Man TT, with average lap speeds of 130mph plus over 37.73 miles of real roads racing, is testament to the CBR1000RRs innate capacity.

The open-class CBR has built a loyal army of fans around the world over two decades especially  with over 200,000 sold  throughout Europe. And in response to demand from a hard-core of performance enthusiasts Honda  for the very first time  in 2014 is producing the CBR1000RR Fireblade SP. A track-focused, yet fully road legal, version of the bike that not only looks special  it is special.

In Japanese to give something edge is to add polish. And for the dedicated track day goer thats exactly what the CBR1000RR Fireblade SP has been given: Total Control with an extra edge.

The 999.8cc inline four-cylinder engine gets the same updated cylinder head as the standard 2014 CBR1000RR Fireblade, with improved inlet/exhaust gas flow and combustion efficiency, and the extra 2kW peak power boost. However it features factory-matched pistons and con-rods, to ensure optimum internal balance. As a track-focused machine theres no provision for a pillion and a sleek single seat unit saves weight. Further marking the SP version out from standard is its own unique Tricolor paint  white and two-tone blue, with a central red stripe and trademark Honda gold wheels.

The CBR1000RR SPs die-cast aluminum twin-spar frame is based on that of the standard machine, with modifications to match the Öhlins suspension. Tuning the frame to increase rider feedback with the suspensions different performance parameters proved critical during development and the rigidity balance around the rear suspension mount has been revised to give more flex  and therefore feel  for traction.

The Öhlins inverted front fork has an outer diameter tube of 55mm (1mm more than the Showa unit) and the revised top and bottom yoke use a steel, rather than aluminum, steering stem. The top yoke itself features high precision CNC machining and features a greater surface area in contact with the forks, improving rigidity.

As on the CBR1000RR the aluminum gull-wing swingarm operates through MotoGP-derived Unit Pro-Link rear suspension. Rake is set at 23° 30 with trail of 96mm and wheelbase of 1410mm. Kerb weight is 199kg with front/rear weight distribution of 52.7%/47.3%

The SP version has the same aggressive riding position as the standard machine, offering outstanding control, leverage and acceleration. Compared to the 2013 year model CBR1000RR, the footpegs are set 10mm back and the handlebars are wider, lower (by 1°) and further forward (by 5°). A new rear subframe  with no need to support a pillion  is lighter and the revised seat material firmer. A new screen delivers improved high-speed aerodynamics rather than wind protection.

Specialists from Öhlins worked with Hondas engineers and test riders during all stages of development. Fully adjustable, the 43mm inverted fork and rear shock were developed specifically for the CBR1000RR SP, to offer superbly balanced all-round performance and greater potential for cutting lap times on a closed circuit.

Brembo mono block four-piston calipers were chosen because of their compatibility and performance potential with the Öhlins fork. The caliper body is standard but Brembo manufactured special pistons for use in the new machine, with pad material designed to give consistent and linear feel when braking hard from high speed.

Hondas high-performance electronically-controlled Combined Anti-lock Brake System (electronic Combined ABS) is an option on the CBR1000RR SP. The system has been used in every race since 2010 in the IDM German national championship by the Holzhauer Racing team, whose rider Karl Muggeridge won the series in 2011. It has also been used by the Honda TT Legends team in the Endurance World Championship series since 2011. Know-how gained in racing has led to continued refinements of the system.

Electronic Combined ABS has a high level of precision and adjustability, due to the fact that it is a brake-by-wire system. A dedicated ECU converts hydraulic pressure from the front and rear brake into an electronic signal passed to power units which in turn generate hydraulic pressure at the calipers.

The systems electronic control has numerous benefits. Firstly, it eliminates the pulsating effect on the brake lever associated with conventional motorcycle ABS technology. It also allows the system to be activated instantly as soon as tire slip is detected, minimising loss of grip and eliminating the possibility of locking a wheel. It also means there is absolutely precise control of the speed at which the brake callipers are activated. The result is extremely stable and neutral bike behaviour, giving the rider maximum feel and confidence, even under hard braking,

For the CBR1000RR SP, know-how gained in racing has been reflected in refinements to the system. Compared to the standard machine, activation of the rear brake distributes less braking force to the front. The adjustability of the electronic system has also been used to make initial activation of the ABS system even more gradual and smooth.

The combined element of the system varies the distribution characteristics of braking force as the front or rear brakes are applied and released. The system is set up so that when the rear brake is applied gently, the front brake is not activated. This allows the rider to use only the rear brake for small adjustments to speed, useful in Super Sports riding such as when settling the bike for corner entry. In this area too, feedback from racing activities has led to a new programme for the CBS activation. As the rider releases the front brake, the rear brake is released more quickly to allow lean angle to be maintained more easily through the corner.

The CBR1000RR SPs 999.8cc, 16-valve inline four-cylinder engine has the same cylinder head updates as the standard machine. The inlet and exhaust ports have been re-shaped and polished with the combustion chambers gas-flowed to improve efficiency.

Gas-flowing (flow-testing through an air-flow bench) effectively improves both the quality and quantity of airflow at high rpm when air resistance becomes much greater; increased combustion efficiency and outright power results. The valve seats have also been revised to match the cylinder head work and the intake funnels are now slash cut, a design used in WSB.

Where the SP differs is the selection of middle value pistons as the engine is manufactured. Essentially a factory blueprint, each batch of pistons and rods are weighed and those that most closely match the middle tolerance  and each other  are used. This injects an even greater level of balance into the engine, especially at the high rpm generated on track.

Bore and stroke is set at 76mm x 55.1mm with compression ratio of 12.3:1. A nickel-silicon carbide (Ni-SiC) surface treatment on the cylinder walls reduces friction and ensures reliability. At 35mm (from 38mm) the exhaust pipe diameters are smaller, increasing torque and a new vertical connecting pipe balances pressure between cylinders two and three. Peak power of 133kW  up 2kW  arrives at 12,250rpm; torque is improved in the 4-6,000rpm area, peaking with 114Nm delivered at 10,500rpm.

The Programmed Dual Sequential Fuel Injection system (PGM-DSFI) has been remapped to match the revised cylinder head and exhaust. It delivers precise fuelling and an accessible power delivery, perfect for driving hard out of slow-speed corners. At throttle openings of up to 25% the PGM-DSFI delivers relatively fine and consistent changes in power and torque output  perfect for extracting maximum drive at full lean. As throttle openings become larger, the changes in output are progressively greater and the overall result (at the throttle) is an engine that responds with great accuracy to rider input, giving superb feel from the rear tire and highly usable, linear acceleration.

The MotoGP-derived slipper clutch ensures full power transmission together with ultra-smooth gear shifting and light feel at the lever. In the critical hard braking, back-shifting corner-entry phase it decreases the torque passed from engine to the rear wheel, reducing the chance of traction loss and increasing stability.

Combined with the chassis changes Total Control is elevated to a whole new level and the CBR1000RR SP has the potential to turn in significantly lower lap times than the standard machine.

The CBR1000RR SP uses a new wave design ignition key; it offers improved security and its compact size greatly reduces the chance of breakage. Also new is the fuel tank cap  it uses an improved breather design for better venting.

Instrumentation is a multi-function LCD with a cockpit display dominated by the digital bar-type linear tachometer that scrolls left to right as engine speed increases.

Beneath this are the main numerical readouts: gear position, coolant temperature, speedometer, clock/lap time, trip/fuel efficiency/fuel consumption and odometer/numerical tachometer. At the bottom of the display are lights for headlight high beam, neutral and indicators.

The lap timer features four modes. The display can also show fuel consumption, average fuel efficiency, distance travelled and total elapsed time. To assist debriefing after a session, lap time recall mode shows the fastest lap time and the lap on which it was set.

To ensure gear shifting at the optimum engine rpm, the 5-level shift indicator display uses highly visible white LEDs, adjustable for brightness. They illuminate sequentially as engine rpm rises, finally blinking at a chosen pre-set rpm (default is 13,000rpm but this can be set between 4,000rpm and 13,000rpm). The interval between sequential illumination can also be set at 0, 200 or 400rpm.

The CBR1000RR SP can be personalised with a range of Honda Genuine Accessories. And like all Honda Genuine Accessories those for the CBR1000RR fit perfectly because they have been developed alongside the model. They are all subject to Hondas rigorous testing procedures to make sure they adhere to our exacting quality standards, which is why theyre offered with a two-year Honda warranty.

Hugger - A painted hugger protects the rear shock absorber from dirt splashes and also adds a high-class, sporty look. The single-piece unit is available in bodywork colors to create a seamless sporting entity.

Similarly, at the front end, a carbon-fibre mudguard also reflects the CBR1000RRs racing pedigree with a Honda Racing logo, while its soft edges and clear coating exude class.

A set of quality carbon-fibre crankcase covers protect the powerplant with an advanced composite cover on the left and, on the right, also protecting the clutch cover, a guard featuring the Honda Racing logo.

High windscreen - A black-tinted high windscreen  27mm higher than standard  gives added wind protection, while complying fully with European homologation regulations. It also integrates perfectly and, even with its side stays, does not compromise visibility, drivability or manoeuvrability. To underline the CBR1000RRs racing heritage, a Honda Racing logo is featured on the high screen.