Look! The twin that first made Honda's V-engines famous. The Honda CX is an engine of many disguises. It was a brilliant original piece, engineered to be the basic power block for modular motorcycles including cruisers. Some buyers of high fashion, however, thundered right past the CX650 in 1983, beating the showroom carpet flat on their way to the Shadow corner. Maybe they should have taken the thinking man's pause, because the cross-wise CX is bright stuff. The CX is a singular piece; an imitation of nothing else, this V-twin is pure Honda engineering, designed on fresh paper and refined by the experience of a half-dozen years in production. Who else would build a water-cooled transverse V-twin, then close up the V-angle to 80 degrees, and skew the cylinder heads around to tuck in the carbs and keep the engine out of the rider's way? Then there's the matter of the clever pushrod-actuated valves from a company that brought single- and double-overhead camshafts out of the exotic world into the engineering mainstream. From a distance, the CX650C has a rough-hewn look; up close, it's Honda smooth and seamless. The shaft-drive engine package is civility manifest, and the greatest disturbance the rider will hear is the roarty exhaust note. This CX cruiser has a passably decent seating position (look, Ma, real bars). Honda cleverness extended from the engineering department to the price committee. Think of it this way: The CX650C has been on sale all year long, at $2598. Perhaps it isn't quite as stunning a bargain as $3498 Interceptors, but you catch the drift. In certain cases, the first price is the sale price. Still not satisfied? Maybe you should write to Honda asking for a free Lone-Ranger mask. Source Cycle 1982

Review by Todd Quigley As some of you may know, I own a 1983 Honda CX650 Custom. Some of you may not remember or even care, though some of you may find it interesting. The CX650 was the last in a short-lived run of an odd design by Honda. It started in 1978 with the CX500, a simple and reliable motorcycle. It soon became popular among couriers in the UK for it's rugged reliability.

The CX500 however wasn't what you would call a "normal" motorcycle. The engine was a V-twin, not necessarily an innovative idea, but Honda decided to stick in the bike sideways! The configuration was similar to the Moto Guzzi motorcycles, with the cylinders sticking out on either side of the gas tank. Honda paired that up with its shaft drive to get the power to the rear wheel. They also made the engine water cooled, enabling it to handle a wide temperature range without trouble. This was unlike an air cooled engine in which overheating can be a problem if the motorcycle is not moving fast. Add in the comstar (a cross between spoked and alloy) wheels and an electronic ignition and you had a very low maintenance, rock-solid motorcycle. It was never a high-performer, but it was easy to ride and maintain.

A few years later, Honda tried something new with it. In 1982 they added a turbocharger. If you search around the internet, you will find reviews on that bike. It was a masterpiece in modern engineering. However, it wasnt quite up to the performance Honda was looking for. So in 1983, Honda bumped the engine size up to 674 ccs. The new CX650 Turbo took the world by storm. It could easily keep up with the 1,000 cc sportbikes. I'm told on good authority that there is nothing quite like it. Honda decided that since they had this new 674 cc engine, that they would use it in the rest of the CX line. So, along came a GL650 and the CX650 Euro and Custom. The Turbo, GL650, and CX650 Euro had already existed as 500 cc versions so were not changed much besides the larger engine.

The CX650 Custom was another thing entirely. A completely new design sharing very little with anything that came before it (or after it for that matter). In styling, it looked a lot like the 1983 Honda 750 Shadow and the 1983 Magnas. Though they looked similar, they shared almost no parts! By 1984, sales for the CX650 series were not what Honda had hoped for. They decided to halt production. Some say the CX650 Custom was cancelled because Honda didnt want to compete with itself with the 750 Shadow. But since the entire CX650 line was cut, Im more inclined to say they saw the low sales and dropped the entire lineup to concentrate on the more American Shadow lineup.

Whatever the reason was, the CX650 was dead. So, if you are the kind of person that roots for the underdog, or enjoys having something pretty unique, a CX650 Honda might be for you. There are some drawbacks to a unique piece of history though. Parts, or the lack thereof; Honda made the usual amount of spares for a motorcycle but 28 years have passed and most of those spares have been used up. Ebay has become my new friend when it comes to parts for the CX650, though it can be rough sorting through improperly labeled stuff. Another problem is that a 28 year old spare part sometimes is no better than my current 28 year old broken part. As time passes, parts are going to be harder and harder to find. Owners of the CX650 Custom are starting to look seriously at alternative sources of parts; other models of Honda produced around 1983, other makes of motorcycles, and aftermarket parts that can be modified. For instance, my water pump seal is a known weak point. This means that the parts are disappearing at an alarming rate. One savvy owner decided to track down another source. Turns out, 2005-2007 Yamaha FZ6 motorcycles used the same part source!

Now we come to the point of my discussion, the 1983 Honda CX650 Custom Infosite. I've taken it upon myself to put together a single source of information for my motorcycle. That way if someone needs to get parts for their bike, they can find everything on my site.

The engine was a Liquid cooled cooled Four stroke, longitudinal 800 V-twin cylinder, camshaft nestles at the base of the V between the cylinders. ,OHV, 4 valves per cylinder operated by pushrods. The engine featured a 9.8:1 compression ratio.

It came with a 100/90-18 front tire and a 120/90-18 rear tire. Stopping was achieved via Single disc in the front and a Drum in the rear. The front suspension was a 39mm Air adjustable forks leading axle while the rear was equipped with a Dual shocks adjustable spring preload. The CX650 Custom was fitted with a 12.5 Liters / 3.3 US gal fuel tank. 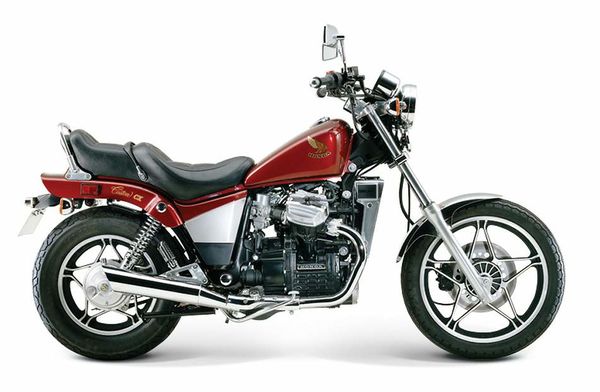 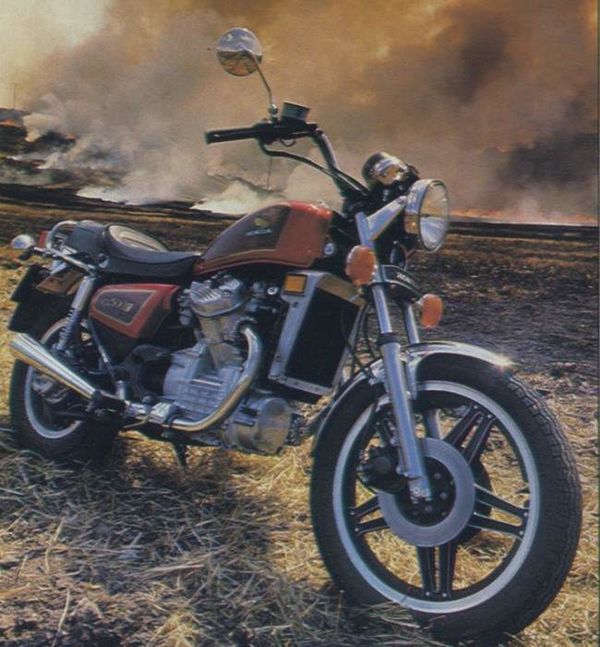 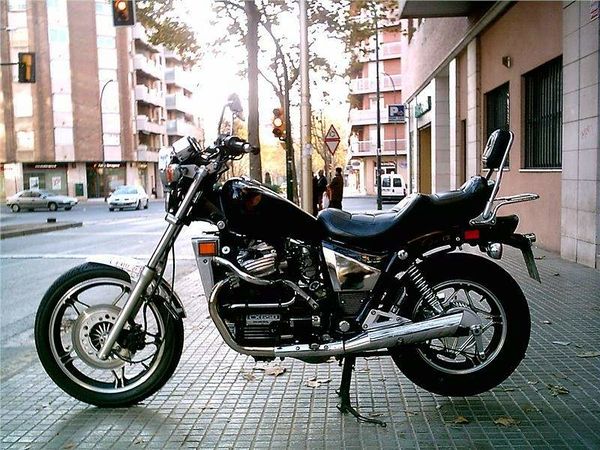